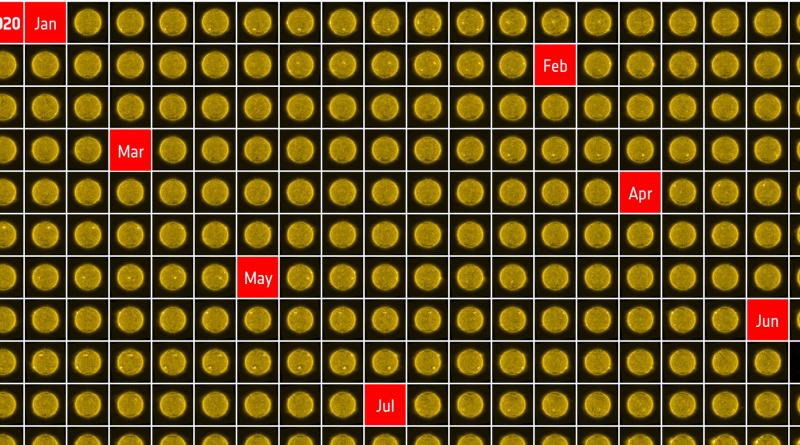 This satellite is continuously monitoring the changing activity of the Sun. One image was selected to represent each day of the year (including leap day 29 February in 2020). Click here for an animated version.

The images were taken by the satellite’s SWAP camera, which works at extreme ultraviolet wavelengths to capture the Sun’s hot turbulent atmosphere (the corona) at temperatures of about a million degrees Celsius.

In two images – 21 June and 14 December – a partial solar eclipse is visible from Proba-2’s point-of-view.

2020 marked the start of a new solar activity cycle – cycle 25 – which lasts about 11 years on average. At the beginning of the year the Sun still showed low levels of activity, but at the end of the year it already showed signs of waking up.

In the images of November and December, multiple active regions are visible. These regions represent areas of intense magnetic activity that can produce some of the most dramatic space weather events, such as solar flares and coronal mass ejections. One of these powerful ejections was captured by the ESA/NASA Solar and Heliospheric Observatory (SOHO) on 29 November.

With its suite of 10 state-of-the-art instruments, Solar Orbiter will perform unprecedented close-up observations of the Sun and from high-latitudes, providing the first images of the uncharted polar regions of the Sun, and investigating the Sun-Earth connection. The mission will provide unprecedented insight into how our parent star works and how we can better predict periods of stormy space weather.

Proba-2 has already supported Solar Orbiter during the mission’s preparation, as technology heritage has passed from the satellite’s SWAP imager to the Solar Orbiter Extreme Ultraviolet Imager. Proba-2 will continue observing the Sun and supporting scientific campaigns on Solar Orbiter and other missions in the coming years. 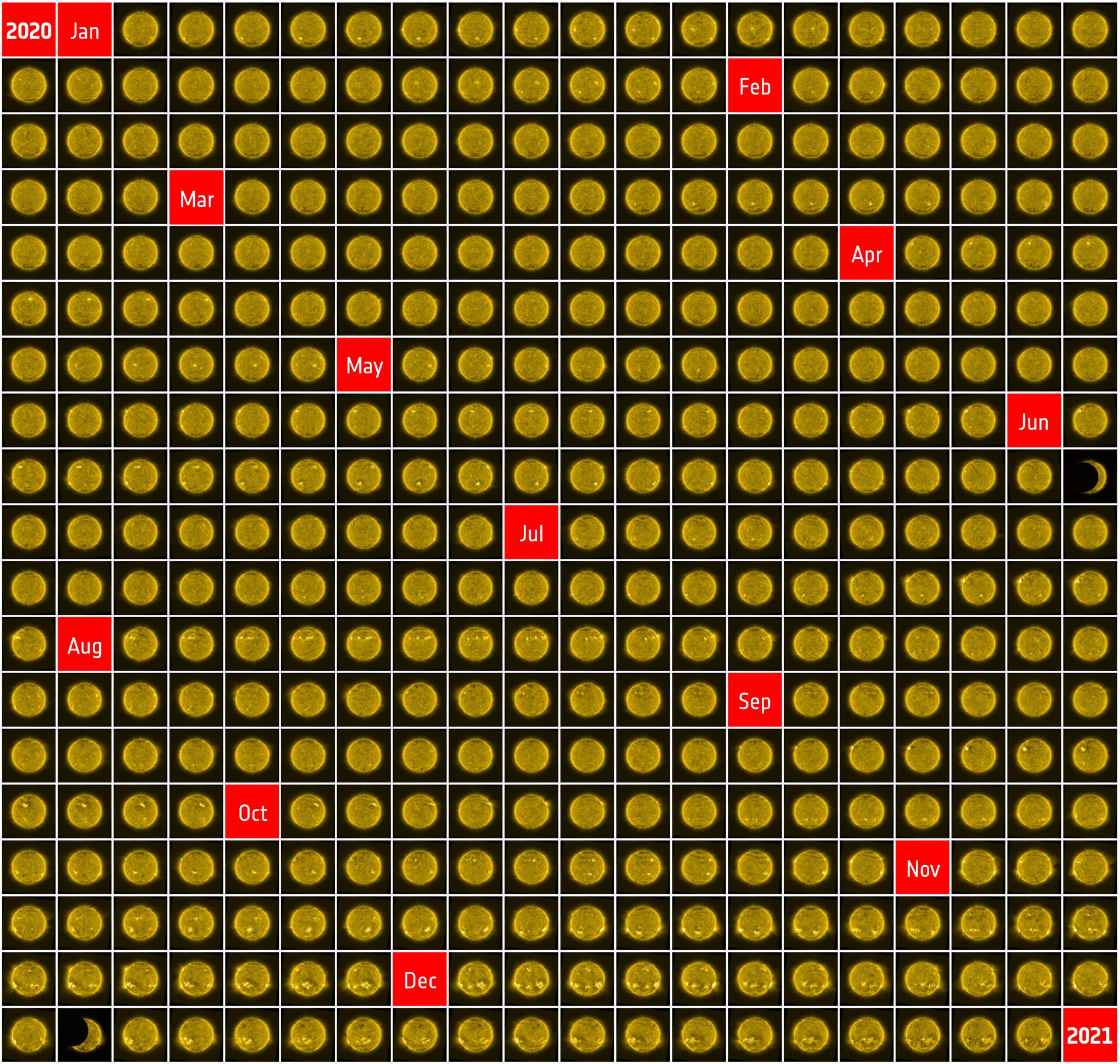 This photo of the Sun is the closest ever taken.