The Secretary General : Remarks on Climate Action to European Council on Foreign Relations. 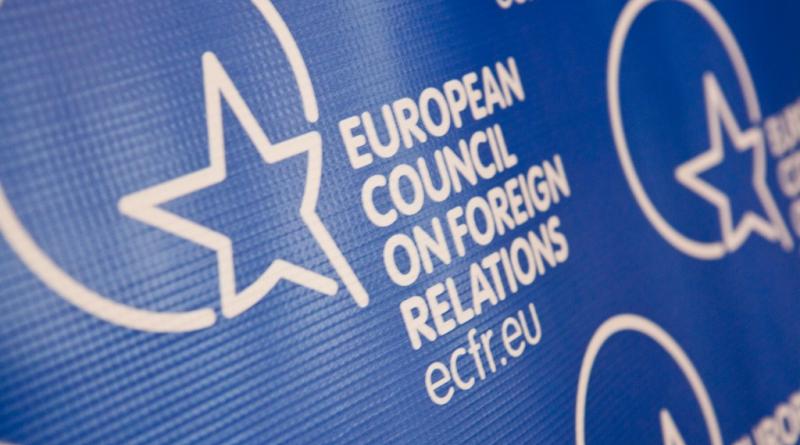 Thank you for inviting me to speak today.

I will focus my remarks on the climate crisis and the need for heightened climate action.

The European Union, Japan and the Republic of Korea have pledged carbon neutrality by 2050, along with more than 110 other countries.

By early 2021, countries representing more than 65 per cent of global carbon dioxide emissions and more than 70 per cent of the world economy will have made ambitious commitments to carbon neutrality.

But we are still running behind in the race against time.

Every country, city, financial institution and company should adopt plans for transitioning to net zero emissions by 2050.

We need to see these plans well in advance of COP26 -- in particular the Nationally Determined Contributions required under the Paris Agreement and the long-term strategies we need to become carbon neutral.

The G20 countries – which are responsible for more than 80 per cent of climate pollution – must show the way.

The European Union has led on net zero emissions in the G20.

I urge you to continue to lead with concrete and ambitious near-term commitments.

It is essential that the European Union commits to reducing emissions by at least 55 per cent by 2030 in its new Nationally Determined Contribution.

The Climate Ambition Summit I am co-hosting with the United Kingdom and France on the five-year anniversary of the Paris Agreement represents a clear opportunity for the EU to present its more ambitious climate plan.

By fully implementing its “Green Deal” and “Next Generation EU”, and by mainstreaming climate change into its long-term budget, the European Union can show the world how to move towards climate neutrality and climate resilience while ensuring prosperity and a just transition.

The proposed €1.85 trillion euro investment package is an opportunity to invest in measures and technologies needed to achieve climate neutrality by 2050.

The decisions taken now on how the funding will be allocated will shape the direction of travel for years to come.

It is essential that the European Union accelerates its transition toward clean energy.

The proposals of the European Union to speed up this shift in a way which confronts inequality and protects those affected by the transition can set a powerful example to the rest of the world.

The coal industry is going up in smoke, as investors see more stranded assets and voters see more harmful pollution and climate damage.

There must be no new coal, and all existing coal in the European Union should be phased out by 2030 in OECD countries, and by 2040 elsewhere.

Futhermore, I ask the European Union to stop the financing of fossil fuels internationally and to promote a shift in taxation from income to carbon.

The European Union has a crucial role in ensuring that developing countries in need have the necessary support to recover sustainably from COVID-19 and to enhance their own climate ambition – through assistance for mitigation, adaptation and resilience.

It is essential that we leave no one behind as we build a global coalition working towards a net-zero emissions future.

I count on the European Union and other donor countries to deliver $100 billion dollars each year in climate finance to developing countries for mitigation and adaptation, beginning this year, through the mobilization of public and private resources.

I also count on European Union countries to use their influence in multilateral financial institutions to enable ambitious adaptation strategies.

It is important that we increasingly focus on the debt crisis facing most vulnerable countries.

And as more countries around the world commit to achieving net zero emissions, the EU has an important opportunity to lead the way in aligning international trade with achieving the goals of the Paris Agreement.

The European Union has been a leader on climate action.

It has led through pioneering legislation and policies, such as the EU carbon market.

The European Union has also led by showing that it is possible to cut emissions while achieving economic growth.

And the EU has been building solidarity with the most vulnerable countries around the world.

We applaud the European Union’s climate achievements, but we are still nowhere near the finish line.

As we head towards the Climate Ambition Summit on 12 December and COP26 in November next year, the world will once again be looking to the European Union for climate leadership.

I urge the European Union to seize these opportunities – and answer this call – for people everywhere, for prosperity and for the planet we all share and depend on.