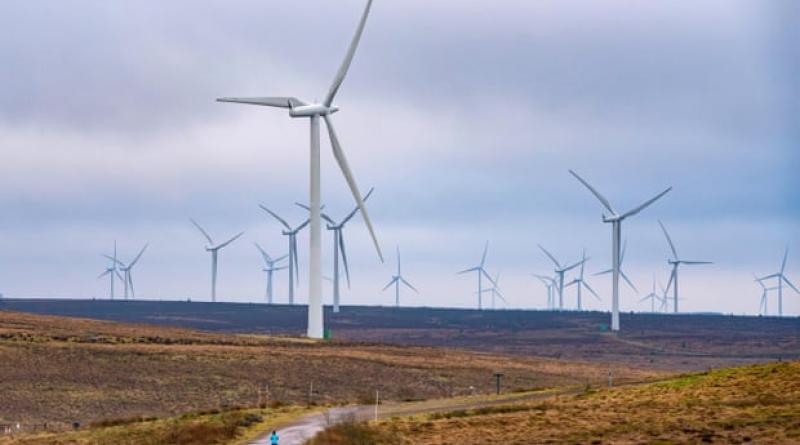 Firm aims to stand out from ‘greenwashing’ deals misleading consumers

Scottish Power is launching a new tariff in which it guarantees that 100% of the electricity will come from its own renewable energy projects, to mark it out from so-called “greenwashing” energy deals that are not as clean as they seem.

The consumer group Which? found that many suppliers are misleading eco-conscious customers by claiming to offer renewable energy tariffs without ever investing in renewable energy projects.

Which? said that “pale green” suppliers are boasting green credentials by exploiting an industry loophole enabling them to buy cheap renewable energy certificates to match the electricity they supply to customers, while buying the power from another source.

Ofgem, the energy regulator, said earlier this month that it was aware of growing concerns about greenwashing in the energy market and would take action to ensure consumers were not misled.

Keith Anderson, the chief executive of Scottish Power, said: “With an increasing number of green tariffs in the market, it’s important that consumers understand how ‘green’ their tariff is in terms of supporting the UK renewables industry.”

Green energy developers typically sell renewable certificates alongside their electricity supply deals so that buyers can prove the origins of their energy. But industry rules mean the initial buyer is free to sell the certificates, without selling the green energy, to a second buyer.

“There are lots of suppliers running around, slapping a bit of green paint on their logo and trading bits of paper to claim they’re green. But buying and selling certificates doesn’t help tackle climate change – building wind farms and solar projects is what we need to do,” Anderson added.

Scottish Power sold off all its fossil fuel projects in 2018 to focus on growing its stable of onshore and offshore wind farms, and developing a portfolio of solar power projects.

Anderson said the company would reinvest money made from the green tariffs in a new renewable generation, “meaning the more people who take up the tariff, the more investment in green energy there will be”.

To date, only community energy projects and small green energy companies such as Good Energy and Ecotricity generate enough of their own renewable energy to supply their customers with clean electricity sourced exclusively from their own wind and solar farms.

Anderson added: “As the UK’s only end-to-end energy provider, we’re unique in being able to make this commitment. From today, anyone who signs up for our electricity on a fixed-price tariff can be confident that they are buying electricity from truly green sources.”

Scottish Power’s wind turbines in East Renfrewshire, Scotland. The company sold off all its fossil fuel projects in 2018. Photograph: Urbanmyth/Alamy