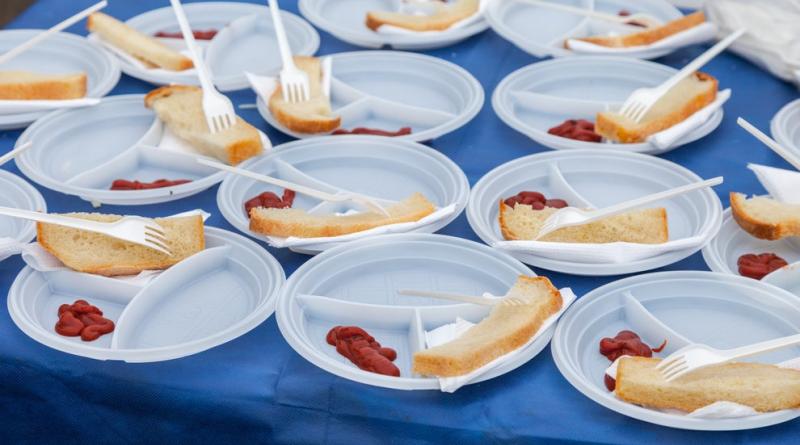 Plastic plates, straws and cutlery could be banned in Scotland, along with polystyrene food and drink containers, to help stem the tide of plastic that is killing sea life.

The government in Edinburgh has launched a public consultation on whether to outlaw some of the most environmentally damaging single-use plastic items.

Under the plan, expected to take effect next year, it would be illegal for businesses to supply customers with plastic forks, knives, spoons, chopsticks, plates, trays, bowls or balloon sticks, as well as single-use cups made of expanded polystyrene, including their covers and lids.

Scotland already has a moratorium on plastic-stemmed cotton buds.

The list of items targeted by Holyrood are those most commonly found washed up on European beaches and account for most litter found in the sea, the government said.

If implemented, the ban would bring Scotland into line with rules already introduced in Wales this year.

In England a more limited ban on plastic items came into force at the start of the month, involving only straws, stirrers and plastic-stemmed cotton buds, but not cutlery, plates or polystyrene cups.

Marine campaigners say they hope it will end “heartbreaking” scenes highlighted by David Attenborough’s Blue Planet II, which revealed a sea turtle with a plastic straws lodged in its nostril and others caught in plastic bags.

Officials say millions of pieces of plastic are used in Scotland each year, including an estimated 300 million straws, 276 million pieces of cutlery, 50 million plates and 66 million polystyrene food containers.

The consultation, which runs until 4 January, also proposes banning oxo-degradable products – those that quickly fragment into microplastics, such as such as many carrier bags.

The EU is due to introduce a single-use plastics ban next year, although the decision-making process has been slowed as officials weigh up what to include, amid heavy lobbying from the plastics industry.

Scottish environment secretary Roseanna Cunningham said: “There is no longer any doubt that plastic waste is having a hugely damaging impact on our oceans, rivers and land ecosystems. We must act now to reduce our reliance on single-use plastic and drive forward a move towards more sustainable, environmentally friendly alternatives.

“Failure to do so is a dereliction of our duty to our children, who will inherit a natural world polluted by the plastics we have thrown away for the sake of convenience.”

She said it was important that the introduction of a ban during the pandemic was carefully considered because of the effect on businesses.

Queensland moves to ban single-use plastic straws and plates in bid to save marine life.