“A remarkable achievement” - the environmental case for building HS2. 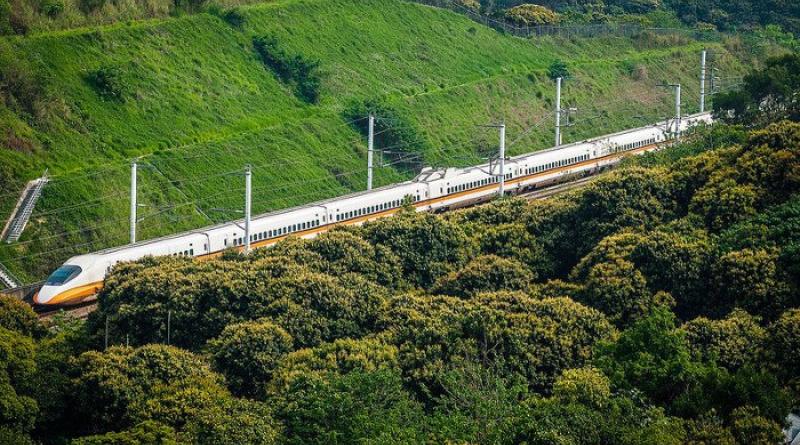 At the end of December, activists and celebrity supporters relaunched their #RethinkHS2 campaign opposing the UK’s new high-speed line with a rather glossy video voiced by Emma Thompson, featuring the music of Annie Lennox and front-staging the bauble-hanging skills of Chris Packham.

The video, and the whole premise of this campaign, is based on a single mistruth: that HS2 will destroy over 100 ancient woodlands (it won’t). The result is a typically misguided “green” attack on HS2, and hopefully I am about to explain why.

By segregating high speed trains onto their own line, you untangle the complex mixture of slow and fast services that currently constrain capacity, allowing the remaining services to bunch up more closely together. This enables a doubling or tripling of capacity for the remaining services into cities like Birmingham, Manchester and Leeds without any additional infrastructure spend.

Build the new railway for modern-day high speeds and you don’t just do this for the West Coast Main Line, but also for the Midland Main Line, East Coast Main Line (and several other cross-country main lines). That means lots more local, commuter and freight services across the country.

But why do we need that extra capacity in the first place?

Transport is now the UK’s biggest source of greenhouse gas emissions, and whilst there are lots of underlying reasons for this, fundamentally it is because too many people/things use road transport.

Whilst lots of the “people” journeys are short, urban ones that should be shifted from cars to modes such as walking or cycling, these efforts would also bring more people onto our public transport networks.

This also doesn’t fix the “things” journeys — those goods hauled on the road network, in other words. Even a diesel railway emits significantly less CO2/km than road transport, so a fully-electrified one wipes the floor with road, even if you use electric cars or HGVs (yes, rail electrification isn’t happening fast enough, but that’s another story).

So we need rail to absorb a hefty amount of traffic, right?

Unfortunately our railways are already reaching their maximum capacity so fare prices remain high and we can’t carry more people/stuff anyway. As I’ve already described, the quickest and cheapest way to create the required extra capacity to run more local, commuter, regional and freight trains is by building HS2.

This isn’t about growth for growth’s sake. It isn’t about “business as usual”. HS2 is all about emptying our roads of cars, vans and HGVs, getting our urban spaces and clean air back, and doing our best to mitigate against the impending climate disaster.

Anyway, back to that #RethinkHS2 video…

It is basically a series of slow-motion shots filled with downy-cheeked kids and soft-focus adults vandalising a young tree with seasonal decorations — in a woodland they’ve presumably reached using an SUV. It’s an odd visual theme to hang your pro-ecology, anti-HS2 campaign hat on, in honesty.

The only message that appears on screen is the “over 100 ancient woodlands [will] be destroyed by HS2” claim, which I’ll just reassert is a complete fabrication.

If you look at a map of ancient woodland, it is scattered around like polka dots.

Besides, if you increased HS2’s weaviness, you’d increase its whole-life carbon cost as more curves means more accelerating, braking and maintenance of both track and trains. More pressingly, by slowing trains down you would end up needing to build three new lines instead of one to match the overall benefit of HS2 on the railway network, and that will clearly be much more damaging.

Widening existing railway lines would also have a much greater impact on ancient woodland (and everything else for that matter), as many well-established habitats back right onto or run parallel with these century-old routes.

As a result of years of design refinement, the whole HS2 route from London to Leeds and Manchester will impact on less than 0.01% (that’s less than one ten thousandth) of the UK’s ancient woodland.

Compare that to the damage done by a short length of new motorway — according to the Woodland Trust’s own figures, the proposed Lower Thames Crossing motorway will impact on about as much ancient woodland as HS2 (54 hectares versus 58 hectares), yet it is only 14 miles long (HS2 is 345 miles long).

I’ll quote from one of the normally rather hostile House of Lords committees scrutinising the project:

“All ancient woodland is irreplaceable, but the loss of less than one [hectare] out of about 11,000 in the [Chilterns] AONB is, we consider, a remarkable achievement.”

As the #RethinkHS2 video bounces around inside the internet, our new government is pressing ahead with a £28bn road building programme that will have an appallingly significant impact not only on the UK’s greenhouse gas emissions, but also on habitats and biodiversity throughout the country — and to a much greater degree than HS2.

When HS2 finally gets the go-ahead next year [edit: HS2 did indeed get the go-ahead], I look forward to seeing the combined energies of Packham, Lennox and Thompson go straight into opposing the National Roads Fund instead.

*This article was originally published in CityMetric on 6 January 2020.

HS2 protesters glue themselves to DfT as construction begins.