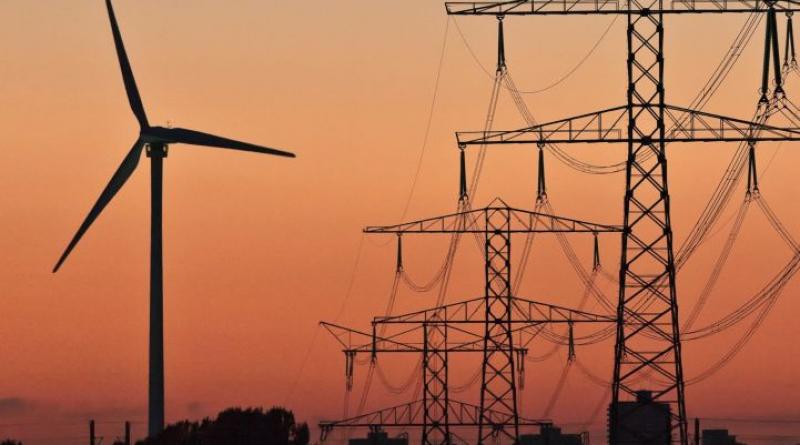 Getting to 100 percent clean energy presents power grid operators with a major problem: what to do about inertia. Reactive Technologies says its novel technology for measuring this critical aspect of grid stability can help them find answers.

Reactive’s GridMetrix platform measures inertia — the quality of frequency stability provided by the spinning generators that have been the backbone of power grids for more than a century. The kinetic energy of these massive rotating machines helps keep frequency from dropping too fast when demand exceeds supply, or from rising too fast when supply exceeds demand.

Frequency regulation is a major task for grid operators and makes up a significant part of the ancillary services they contract from power plants, batteries and fast-responsive loads. If it’s not stabilized, it can force cascading outages, even on power grids with plenty of rotating mass, as during the 2003 blackout that affected about 50 million people across the Northeast U.S. and in Canada’s Ontario province.

But the challenge grows as inverter-based renewable energy rises as a share of grid power, and as traditional models for understanding and managing inertia start to break down, Chris Kimmett, Reactive’s director of power grids, explained in an interview.

“A low-inertia grid means that your frequency is more volatile” and the nearly instantaneous steps that must be taken to manage it harder to predict and execute, he said. For example, the September 2016 blackout across South Australia, which ended up causing about $360 million in costs, came about when wind-turbine protection systems tripped amid extreme weather, a fact that was only revealed after six months of study. Another blackout affecting about 1 million people in the U.K. last year was also caused by wind farm protection schema.

Faster frequency response from batteries is another option that’s been pursued in many markets. So is tapping the responsiveness of pumps, heaters, motors and other grid loads, as Reactive has done in a U.K. pilot project and as many other technology providers are pursuing. Grid operators around the world are also experimenting with ways to use inverter-based renewables and batteries to create “synthetic inertia” that can stand in for spinning mass.

But figuring out just what mix of resources can be relied upon under the increasingly unpredictable conditions of high renewable penetration “are really big, expensive decisions — and making those decisions based on static models,” the traditional approach, “becomes very hard to justify.”

It’s hard to predict just what savings can be realized from the visibility that Reactive’s technology will bring to the system. But Kimmett noted that National Grid has estimated it could yield roughly 10 percent savings on its frequency management costs, which added up to about £144 million ($195 million) in services payments and about £300 million ($406 million) in equipment to manage it — and that may be a conservative estimate.

Beyond models, the only way to measure inertia in power systems has been “when you have a huge event in your power system,” such as a power plant being tripped offline, he said. “You can take measurements during that half a second and measure inertia at that point. But you can’t measure the day-to-day variation on the system.”

GridMetrix solves this problem by actively injecting signals into the networks it’s monitoring and capturing the changes in frequency from phasor measurement units throughout the network. It’s based on power line communications technology developed in part by co-founder and former top Nokia technology developer Heikki Huomo.

National Grid, the U.K.’s transmission grid operator, started testing GridMetrix in 2017 and last year signed a five-year commercial agreement to put it to use. The latest step in that work came this month, with a contract with Spanish technology provider Ingeteam to install a 5-megawatt ultracapacitor to inject enough power into the National Grid system to “find that signal from the very large quantities of noise to measure that inertia,” Kimmett said.

While Reactive can pull data from measurement devices across the network, “the ultracapacitor gives us the ability to gently wobble it and measure the reaction,” Marc Borrett, Reactive CEO and co-founder, said in an interview. “It’s not a guess, it’s not an estimate, it’s not an inference — it’s a controlled stimulus.”

Of course, just knowing the moment-to-moment inertial characteristics of a power grid doesn’t solve the problems such measurements reveal. But it does offer grid operators the data they need to make the best decisions about how to manage it, Borrett said.

“They need better data,” he said. “Otherwise, you have to default to taking quite conservative actions,” from overbuilding the new assets in order to manage the uncertainty, to curtailing the amount of renewable energy allowed on the grid.

National Grid’s costs of balancing its grid through the summer of 2020 stood at an estimated £826 million ($1.03 billion), largely through payments to wind farms it needed to curtail. Its “Zero Carbon Operation 2025” program is aiming for the technical capability to operate its grid “safely and securely” with 100 percent renewable power, which implies “a fundamental change to how our system was designed to operate,” the transmission operator has stated.

While the partners haven’t disclosed the cost of that ultracapacitor project, transmission system operators are “spending hundreds and hundreds of millions of pounds to handle inertia,” Kimmett said. “Spending a few million to get a handle on it makes a lot of sense.”

As countries seek to grow the share of renewables powering their grids to combat climate change, “that will change the physics of power systems around the world,” Borrett said. Reactive is in discussions with a number of national grid operators, he added, though he declined to name them.

Its new investment from Accenture comes with a strategic alliance to create cloud-based solutions to integrate GridMetrix into grid operations, according to Kimmett. “The accurate inertia data allows you to better plan those real-time actions you’re taking in the control room,” he said. “It also allows you to take more effective long-term investments.”

Stephanie Jamison, senior managing director and global utilities lead at Accenture, noted in an email that the company’s recent research into wind-rich grids in the U.S., the U.K., Ireland and Australia indicates that grid operators face major challenges in cost-effective integration of renewables.

“We view Reactive’s unique technology as an important part of the puzzle to create granular visibility of system inertia to support...real-time operational decisions, purchasing of ancillary services and longer-term network planning,” she wrote. This real-time visibility “sits at the heart of a cost-efficient low-carbon energy system.”

“Yes we can”: Energy experts plot path to fossil-free grid.

Renewable not nuclear power is the future of green energy in the UK.