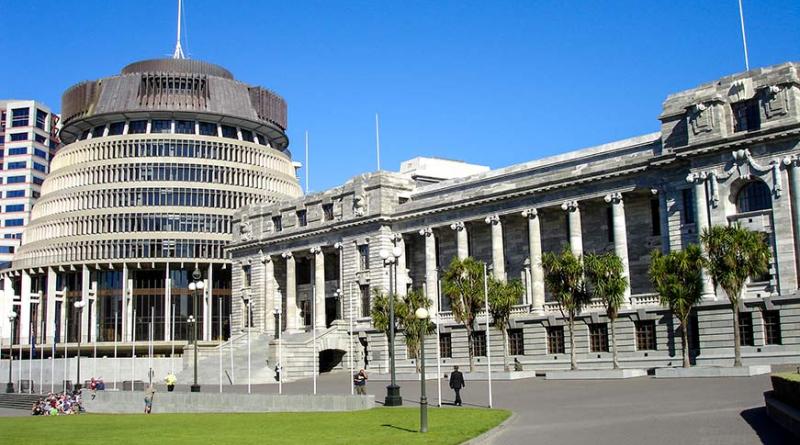 New Zealand’s parliament building – known as the Beehive – is set to enjoy the benefits of solar power, as well as an improvement in energy efficiency measures, as part of a NZ$2.4 million (A$2.23 million) initiative.

“When the Zero Carbon Bill passed with unanimous support last year, most people would have expected that Parliament go another step and work to cut its own emissions,” New Zealand minister for climate change James Shaw says.

“On top of the huge progress this Government has made to tackle the climate crisis, Parliament is leading by example and upgrading to use more clean energy.”

The project will see the New Zealand parliament undergo upgrades to the building’s lighting, switching to energy efficient LEDs, as well as the installation of onsite solar power.

Combined, the measures are expected to reduce the building’s greenhouse gas emissions by around 1,690 tonnes over the next ten years.

“We have made huge progress over the last three years to transition New Zealand to net-zero carbon emissions, with progress on a whole host of areas including transport, clean energy and buildings,” Shaw added.

“We have also place in place some of the world’s most ambitious climate targets, and made policy and institutional changes to help bend the curve of our emissions downward. Parliament will now be able to make a meaningful contribution towards making this happen.”

The project is being funded by a $1.3 million grant provided under the New Zealand government’s Clean-Powered Public Service Fund, and is being supplemented by NZ$960,000 (A$892,000) from the Parliamentary Services operating budget.

“Parliament belongs to the people of New Zealand. It is here where we make decisions that have a profound impact on the lives of people in communities all over the country. It is only right that the place where we make these decisions is also part of the solution to climate change,” Shaw said.

The Ardern government has unveiled a number of initiatives under its NZ$200 million (A$186 million) Clean-Powered Public Service Fund, which it launched in July, including funding for the replacement of coal boilers from 18 schools across New Zealand.

NZ$50 million (A$46.5 million) will be allocated to the replacement of the coal boilers, used for heating throughout the school buildings, which is also estimated to reduce greenhouse gas emissions by around 36,500 tonnes over the next ten years.

“We are helping more schools make the switch to clean, climate-friendly ways of keeping their children warm and the lights on. This means that more of the places our children go to learn will be contributing towards meeting the emission reduction targets this Government has put in place,” Shaw added.

“Because of the inaction by previous Governments, far too many of our schools still use old, dirty, climate-polluting boilers to keep their kids warm. We are changing that by making sure that more kids, now and in the future, will be kept warm at school by clean energy.”

While New Zealand sources only a small proportion of its electricity supplies using coal as a fuel, it has used the fossil fuel for a number of industrial uses a source of heat.

Last year, New Zealand dairy giant Fonterra announced that it would phase out the use of coal in milk drying, having ranked as the country’s second largest user of coal.

The New Zealand government expects that a further list of schools will benefit from the Clean-Powered Public Service Fund later in 2020 and in 2021.

The Clean-Powered Public Service Fund was established to fund measures that would directly reduce the New Zealand government’s own emissions footprint and has already funded the deployment of solar energy projects and the replacement of fossil fuelled appliances across government-owned University campuses, government offices and the New Zealand Defence Force.

The Ardern Labour government, which has governed in co-operation with the NZ First and NZ Greens parties is seeking re-election at a national election scheduled for 17 October.

Latest polling suggests that New Zealand prime minister Jacinda Ardern is on track for a second term in government, with the prospect of being returned with an outright majority of seats in the parliament.