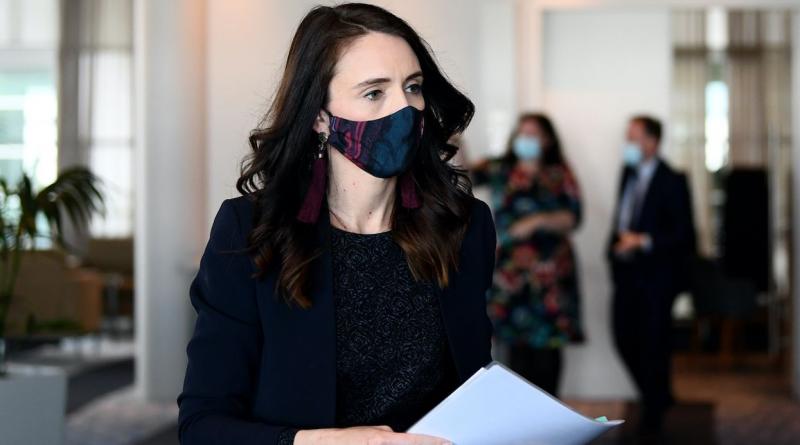 In announcing the new pledge Thursday, Ardern tied the goal to a green recovery from the coronavirus, SBS News reported.

"The COVID-19 economic recovery represents a once in a generation opportunity to reshape New Zealand's energy system to be more renewable, faster, affordable and secure," she said. 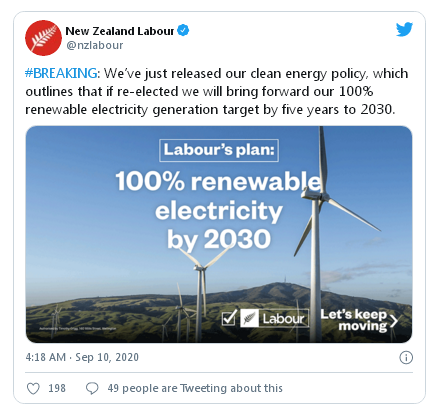 Ardern's pledge ups her Labour Party's previous goal of phasing out non-renewable energy by 2035. New Zealand currently produces 84 percent of its electricity from renewable sources, according to the government. However, these only account for 40 percent of the energy actually used in the country, since it still imports coal and oil from outside. 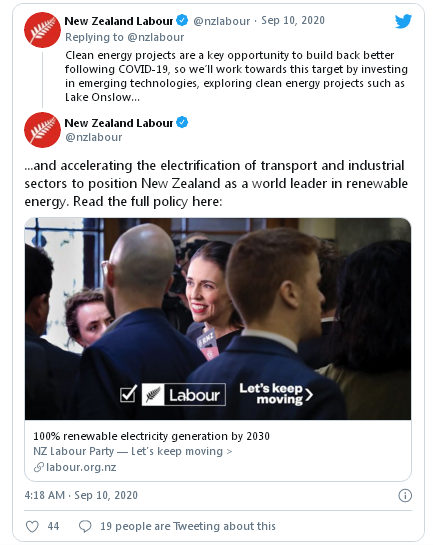 "We are setting ourselves the new goal of 2030, five years earlier than our previous goal, for us to become one of the few nations in the world with 100 percent renewable electricity," Labour energy spokesperson Megan Woods said in the announcement.

As of 2018, Iceland and Paraguay received 100 percent of their energy from renewable sources, while Costa Rica got 99 percent, Think Progress reported. At the time, New Zealand's South Island was also entirely powered by renewable energy.

Ardern has emerged as a climate leader since taking office in 2017. She vowed to focus on addressing the climate crisis during her first campaign, and announced a plan to plant 100 million trees a year upon taking power. During her tenure, she oversaw the passage of New Zealand's Zero Carbon Bill, which set the country a 2050 deadline for carbon neutrality and committed it to the goals of the Paris agreement.

However, New Zealand's Green Party said that Labour's clean energy plan did not go far enough. While the Green Party plan also set a 2030 deadline for 100 percent renewable energy, it included further measures such as making it cheaper for people to switch to solar and ending permits for fossil fuel extraction. 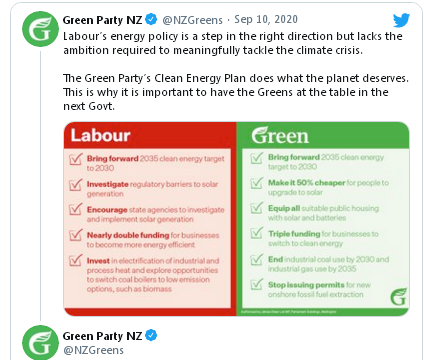 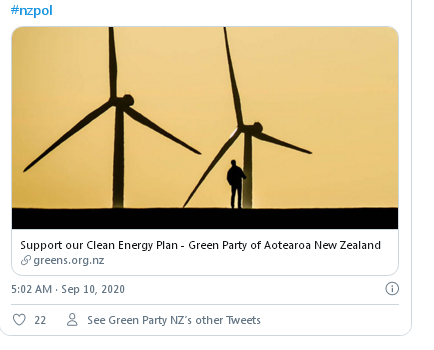 The National Party, Labour's current opposition, said the party's energy plan would lose jobs and raise electricity costs by as much as 40 percent.

"This is a policy that will cost thousands of jobs and put even more people on to the unemployment benefit," National Party leader Judith Collins told RNZ. However, the party still said it wanted more renewable energy.

"Investment in renewable energy is also jobs rich. Our plan will creating new jobs and develop the high skill workforce our future economy needs to thrive," she said in the plan announcement. "Labour's Clean Energy Plan is a critical element of Labour's wider COVID-19 recovery plan that will both prepare New Zealand for the future while boosting jobs and the economy now."

The election, which was delayed because of the coronavirus, is slated to take place Oct. 17, according to The Guardian. Labour is currently favored to win, and may even gain enough seats that it can govern on its own without having to form a coalition. During Ardern's current tenure, Labour governed with New Zealand First, with the Green Party offering support through a Confidence and Supply Agreement.