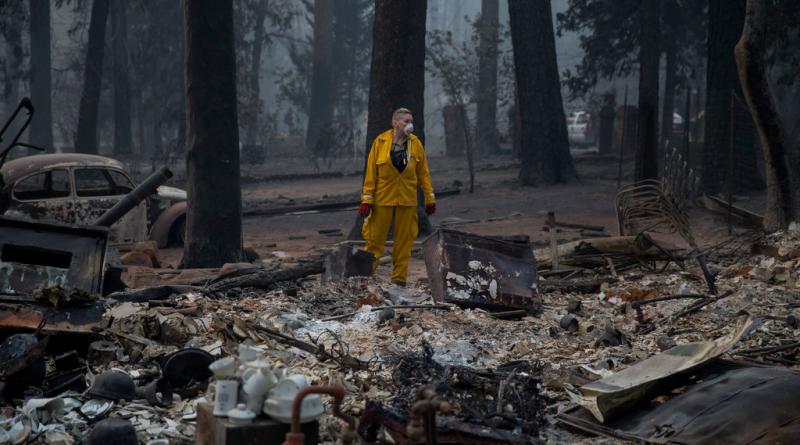 A record number of Americans understand that climate change is real,according to a new survey, and they are increasingly worried about its effects in their lives today.

Some 73 percent of Americans polled late last year said that global warming was happening, the report found, a jump of 10 percentage points from 2015 and three points since last March.

The rise in the number of Americans who say global warming is personally important to them was even sharper, jumping ninepercentage points since March to 72 percent, another record over the past decade. 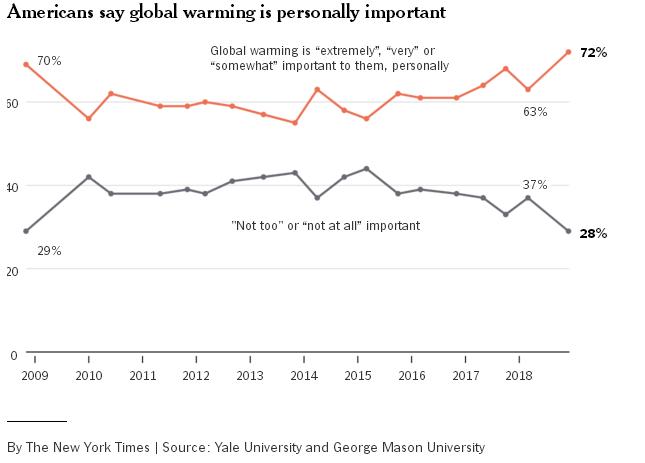 The results suggest that climate change has moved out of the realm of the hypothetical for a wide majority of Americans, said AnthonyLeiserowitz, director of the Yale program.

“It is something that is activating an emotion in people, and that emotion is worry,” he said. The survey found that 69 percent of Americans were “worried” about warming, an eight-point increase since March.

“People are beginning to understand that climate change is here in the United States, here in my state, in my community, affecting the people and places I care about, and now,” Dr. Leiserowitz said. “This isn’t happening in 50 years, 100 years from now.”

While public opinion on climate issues has fluctuated over the years, many of the recent changes were large enough to fall outside the margin of error of plus or minus three percentage points. “I’ve never seen jumps in some of the key indicators like this,” Dr. Leiserowitz said.

Americans’ growing understanding of global warming is part of a long-term trend, he said. But he attributed the recent increases to a number of extreme weather events with plausible connections to a warming planet, and to the publicity that surrounded two major scientific reports on climate change last year.

Those reports, from the United Nations’ scientific panel on climate change and the United States government, laid out grim prospects for the future if action is not taken to reduce emissions of greenhouse gases that warm the planet.

The changes in public opinion over the last year were also tied to politics, Dr. Leiserowitz said, and to the efforts of President Trump to deny the scientific evidence of climate change.

“Every time he talks about climate change he drives more media attention to the exact issue,” Dr. Leiserowitz said.

Political party affiliation is strongly associated with acceptance of the overwhelming scientific consensus on global warming, with Democrats tending to accept it and Republicans tending to reject it. But Mr. Trump’s approach to politics is so divisive, Dr. Leiserowitz said, that when he takes a strong stand on climate change and other issues, “he tends to drive a majority of the country in the opposite direction.”

In the poll, a record 62 percent of respondents understood that humans are the main cause of climate change, a four-point rise since March; those attributing it mostly to natural causes were at a record-low 23 percent, a drop of five points over the same period.

About two-thirds of those surveyed believed global warming was affecting weather in the United States, with about half saying that warming made last year’s wildfires in the West and HurricanesFlorence and Michael worse. The realm of attribution science — which studies how climate change influences individual weather events — is still evolving, but it has been well established that warming can make wildfires more frequent and hurricanes more destructive.

Disasters like these have brought once-abstract concepts home, said Katharine Hayhoe, a climate scientist at Texas Tech University who was not involved in the survey. “Today, nearly everyone can point to a way that they are personally witnessing and are being personally affected by the impacts of a changing climate in the places where they live,” she said.

Global warming and its effects are increasingly part of the nationaldiscussion, said Sunshine Menezes, an expert in climate communication at the University of Rhode Island and executive director of the Metcalf Institute for Marine and Environmental Reporting.

She noted that 41 percent of respondents in the poll said they talked about global warming with family and friends “often” or “occasionally,” and 56 percent said they heard about the topic in the news media at least once a month, a 13 percent increase since 2015. “It’s becoming harder and harder to avoid conversations about climate change,” she said.

Though it is impossible to attribute shifts in public opinion like this to any one factor, Dr. Menezes said, “I’m just thrilled that it’s happening.”