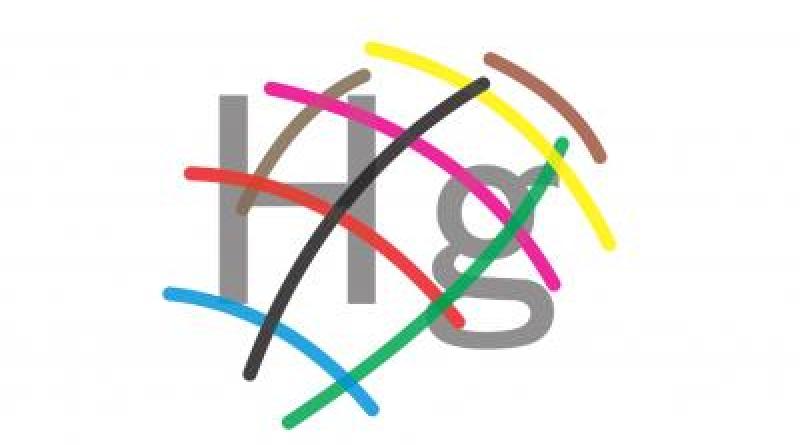 Nairobi, 4 March 2019 – From breathtaking advances in synthetic biology to pitfalls in climate adaptation, UN Environment’s latest Frontiers report, launched today, explores the biggest emerging environmental issues that will have profound effects on our society, economy and ecosystems, along with some exciting and novel solutions.

By scanning the technological and environmental horizons, the report identifies five major topics:

Synthetic biology, modern biotechnology that combines science and engineering to manufacture and modify genetic materials, living organisms and biological systems.
Ecological connectivity - the linking and bridging of fragmented habitats into a connected landscape to prevent species extinctions.
Permafrost peatlands - the ground in the northern hemisphere that remains permanently frozen and holds approximately half of the world’s soil organic carbon, threatened by rising temperatures in the Arctic.
Nitrogen pollution – the disturbance of ecosystems, human health and economies by massively altering of the global nitrogen cycle through human activity.
Maladaptation to climate change – the unintended increases in climate-related damages or diminished welfare of sustainable adaptation efforts.

“The issues examined in Frontiers should serve as a reminder that, whenever we interfere with nature – whether at the global scale or the molecular level – we risk creating long-lasting impacts on our planetary home, “Joyce Musya, Acting Executive Director of UN Environment said in the foreword to the report. “But by acting with foresight and by working together, we can stay ahead of these issues and craft solutions that will serve us all, for generations to come.”

The report lays out the opportunities and challenges that synthetic biology – or the reengineering of our natural biology – holds for our society, zeroing in on how the genetic manipulation of living organisms to acquire new functions that otherwise do not exist in nature can serve human needs.

CRISPR technology, which enables scientists to cut out a chosen DNA segment and replace it with an entirely new DNA strand, which can alter the characteristics of an organism. With this new DNA, the organism can be released into the wild to mate and expand the appearance of these modified genes in our environment. This might be used to render a species immune to certain diseases or to inhibit the reproduction of invasive species.

The strategies to release of genetically engineered organisms into the environment have raised valid concerns about the potential far-reaching impacts and unintended consequences. This requires multifaceted societal debate because of its power to modify, suppress or replace the entire population of the target species, bypassing the fundamental principles of evolution.

Large-scale industrialization has caused widespread fragmentation of natural landscapes around the globe. Habitats that were once continuous are now compartmentalized and isolated, causing a spiraling decline of some species as they can no longer disperse to find food or mates.

“A consequence of the segmentation of natural landscapes is that mammals and other species are moving less than half the distance they once did,” the report notes. “This limited ability to migrate, disperse, mate, feed and thrive means that wild animals are cornered into a situation where the threat of extinction looms larger.”

The Arctic is warming twice as fast as the global average and scientists are increasingly concerned at the accelerating rate of permafrost thaw. Permafrost is so expansive that it underlies 25% of the northern terrestrial hemisphere, and it holds titanic volumes of greenhouse gases locked in its peatlands – all which could potentially be released as the ground defrosts.

Permafrost thaw not only has direct impacts on ecology and infrastructure in local regions, it could set in motion an uncontrollable snowball effect: as carbon is released from the thawing peat and heats the atmosphere, thus worsening climate change ad infinitum.

Research is underway, but at present, too little is known about the precise location of permafrost peatlands, how they’re changing, and what will happen to the atmosphere if they all would thaw.

Nitrogen is essential for life, and an extremely abundant element in the Earth’s atmosphere. In the form of the N2 molecule, nitrogen is harmless, making up 78 per cent of every breath we take.
Growing demand on the livestock, agriculture, transport, industry and energy sector has led to a sharp growth of the levels of reactive nitrogen – ammonia, nitrate, nitric oxide (NO), nitrous oxide (N2O) – in our ecosystems,

Excess nitrogen pollution has tremendous consequences on humans and the environment. In the form of nitrous oxide, for example, it is 300 times more powerful than carbon dioxide as a greenhouse gas, in addition to the effects of various nitrogen compounds on air quality and the ozone layer.

“Altogether, humans are producing a cocktail of reactive nitrogen that threatens health, climate and ecosystems, making nitrogen one of the most important pollution issues facing humanity,” the report warns. “Yet the scale of the problem remains largely unknown and unacknowledged outside scientific circles.”

Maladaptation to Climate Change: Avoiding pitfalls on the evolvability pathway

In a rapidly changing climate reality, strategies for adaptation need to increase human and ecosystem resilience on a global scale, while avoiding short-term fixes that may only have local benefits.

In its final chapter, the report explores the various ways in which adaptation can go wrong, from processes that do not work to adaptive actions that damage resources, narrow future options, compound the problem faced by vulnerable populations, or pass on responsibility for solutions to future generations.

It delves into the key discussions about what exactly constitutes maladaptation in relation to the objective of keeping global temperatures below 1.5°C and offers guidance on how to implement responsible adaptation strategies.

“Evidence indicates that maladaptation can be avoided by evaluating all costs and benefits, including co-benefits, for all groups in society, and by being explicit about who the winners and losers will be, and how the burdens could be better shared.”

UN Environment is the leading global voice on the environment. It provides leadership and encourages partnership in caring for the environment by inspiring, informing, and enabling nations and peoples to improve their quality of life without compromising that of future generations. UN Environment works with governments, the private sector, the civil society and with other UN entities and international organizations across the world.