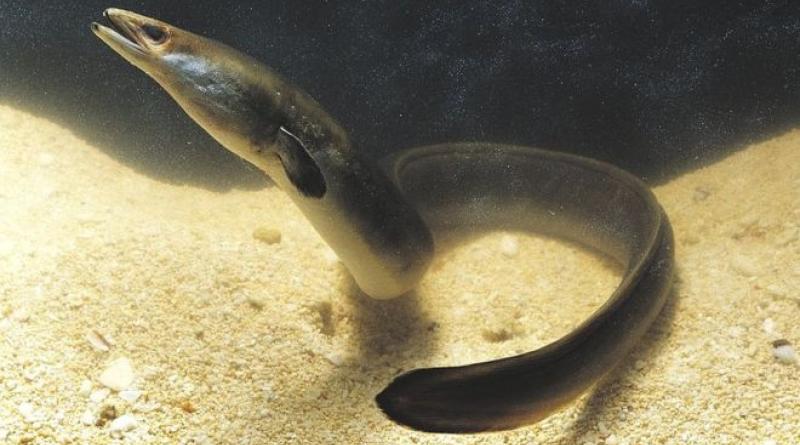 A study has called into question the effectiveness of measures to clamp down on the illegal wildlife trade.

Critically endangered eels have been sold recently in Hong Kong stores, despite bans on their international trade, according to DNA evidence.

The discovery raises concerns about the scale at which illegal wildlife products are entering the supply chain, say scientists in Hong Kong.

There are growing calls for global action to end wildlife trafficking.

In the wake of the coronavirus outbreak, China has moved to ban the wildlife trade and consumption, while governments across Southeast Asia have vowed to strengthen co-operation to curb illegal wildlife trade.

Dr Mark Jones of the Born Free Foundation is among international experts calling for a new global agreement on wildlife crime.

Exploitation in all its forms has been identified as a key driver of wildlife and biodiversity decline, he said, which could see the extinction of a million species over the coming decades, unless we transform the way we interact with the natural world.

"While there has typically been a focus on trade in and trafficking of wildlife between Africa and Asia, this is a problem affecting all corners of the world, and the dire plight of the European eel, the illegal trade in which is threatening the future existence of this species, is a very good example," he said.

The European eel was once common in rivers but is now in rapid decline.

The creature's epic migration extends from its Caribbean breeding grounds in the Sargasso Sea to the rivers of Europe, North Africa and parts of Asia. But its status as a delicacy has attracted the attention of organised crime gangs.

International trade in the eel is banned under the Convention on International Trade in Endangered Species (Cites), except where a permit is issued.

Yet, according to the new study, the eel was available in Hong Kong stores in 2017 and 2018, despite the fact that no imports were declared.

DNA testing of eel products available at 49 retail outlets in Hong Kong identified 45% as European eel. Of 13 brands tested, nine were found to contain the critically endangered species. They were labelled as "eel".

Lead researcher Dr David Baker said Cites must be supported by strong enforcement efforts of illegal smuggling. "Today there is a greater demand for transparency in labelling food products so that consumers can make informed decisions regarding food safety and wildlife conservation - this is especially true for fisheries. In the case of Hong Kong, even environmentally conscious consumers are being duped into consuming an endangered species."

Commenting on the study, Dr Jones said "remarkably", there is currently no global legal agreement on wildlife crime, and the degree to which countries prioritise and criminalise the illegal exploitation of wildlife "varies enormously".

"We are calling for the development of an international agreement under the United Nations' Convention on Transnational Organised Crime, in order to ensure all countries recognise the scale and serious nature of wildlife crime and the devastating impact it is having on so many species, and prioritise it through their law enforcement, prosecutorial and judicial mechanisms," he said.

Speaking in London on Tuesday to mark UN World Wildlife Day, John Scanlon, former Cites Secretary General, said that while some significant gains have been made in the past decade in tackling wildlife crime, "serious environment-related crimes are slipping through the net".

He said recent evidence of the scale of the impacts on ecosystems, economies and public health, reflect the need for a comprehensive legally-binding regime to tackle wildlife crime, embedded within the framework of international criminal law.

Two Species On the Precipice of Extinction.

How the symbol for extinction became this generation’s peace sign.

Climate Change Is A Far Bigger Threat To Wildlife Than We Thought, Study Says