How a 'tree mortgage' scheme could turn an Indian town carbon neutral. 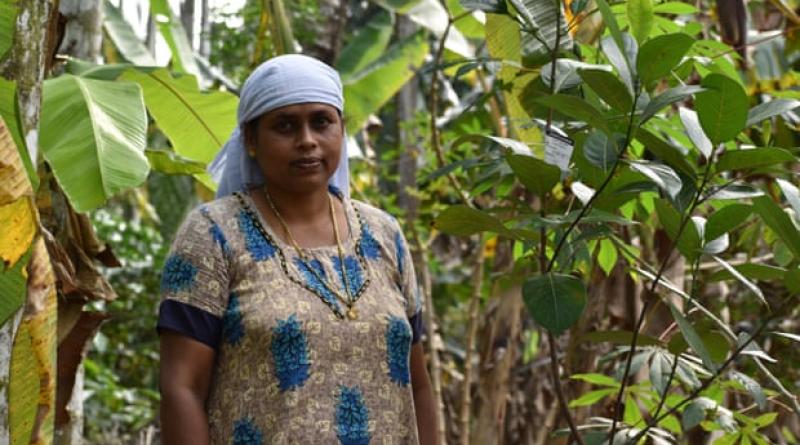 Kerala villagers are reaping the benefits of a scheme that pays them to leave their trees rooted, reducing risk of deforestation.

In the misty, hilly terrain of Wayanad, in the southern Indian state of Kerala, the people with any access to land in the quiet town of Meenangadi have been out counting their trees.

Sheeja CG, a 46-year-old farmer, has lived among coffee, coconut and pepper plantations all her life but last month she increased her income dramatically by mortgaging 53 of her trees at the local bank, in return for a sum of 2,650 rupees (£26.96), or 50 rupees each. She was one of the first beneficiaries of the state-sponsored scheme.

It’s a simple incentive with big gains: plant a tree, and after three years residents can mortgage each sapling for an interest-free loan that can be renewed annually for 10 years. The money need be repaid only if the tree is chopped down.

Kerala, with its sweeping, spice-filled forested landscape has been troubled in recent years by an ailing farming sector, deforestation which has led to loss of biodiversity, and the climate crisis making summers much warmer, especially in the Wayanad, which used to be comfortably cool.

Suicides of farmers, landslides and floods have made the headlines. Farmers have been compelled to fell trees to supplement their income. Against such a background, the tree banking project, facilitated by a 10 crores rupee (£1.01m) grant from the state government, comes as a big incentive to keep them rooted to the ground.

“With temperatures almost five degrees higher than normal, I’ve faced a crop loss of 25%. The loan from the tree banking scheme will ease financial pressure. I will buy manure for my farm,” says Sheeja.

Prolonged dry spells and erratic rainfall have made the region increasingly vulnerable, with shrinking paddy farms and a threat to cash crops such as pepper and coffee. According to the Kerala State Action Plan on Climate Change, Wayanad is one of the four major climate change hotspots in the state.

But the tree banking scheme has an ambition to reverse the damage and turn Meenangadi, a town of about 35,000 people into a carbon neutral region. The Carbon Neutral Meenangadi Project is the first of its kind in India, and has changed the way the community lives and works.

“An energy audit in 2018 found Meenangadi had 15,000 tonnes of excess carbon. We are working on ways to bring it down to zero,” says Meenangadi’s panchayat (local government) president, Beena Vijayan. To balance the carbon emissions, a meticulous action plan has been set in motion.

“We have held more than 500 meetings with farmers in every nook and corner on waste management, recycling plastic, solar lighting and panels, manufacturing environment friendly coffee and using high-efficiency stoves,” says Vijayan.

Encouraging tree planting is a first step. “It is a model project for the whole district of Wayanad. It took root three years ago, when we prepared a nursery with 33 types of saplings under the national rural employment guarantee scheme. We planted 300,000 saplings in 250 homes in Meenangadi and common areas,” says Vijayan.

“With the trees now mature, we rolled out the tree banking scheme and received about 200 applications that are being processed.”

It was Kerala’s finance minster, TM Thomas Isaac, who first mooted the idea, saying it wouldguarantee a sustainable income for farmers in the district and vastly improve the socio-economic environment.

“Wayanad has the lowest per capita income in Kerala state, so the aim is to double the income of the farmers without overly industrialising the region,” says Jayakumar C, founderof Thanal, the environment agency that is implementing the project. The trees also bring supplementary income to the residents, through the sale of fruit and other products, he adds.

Among the thickets around her red-roofed cottage is a cluster of jackfruit trees that Sheeja has mortgaged, white tags hanging from their branches. The trees are monitored through an app.

“We go from farm to farm with a team of volunteers to survey the trees that have matured, take photographs and map them on our monitoring system,” says Ajith Tomy, the project coordinator. “We will implement the project in 23 other panchayats in Wayanad by 2021. We plan to plant about 10m trees in the next few years.”

For Sumathy Valiyakolli, the loan has come through at just the right time, as expenses for her brother’s medical treatment are mounting. She says: “It’s been very helpful. I will plant more trees and mortgage a higher number next year.”