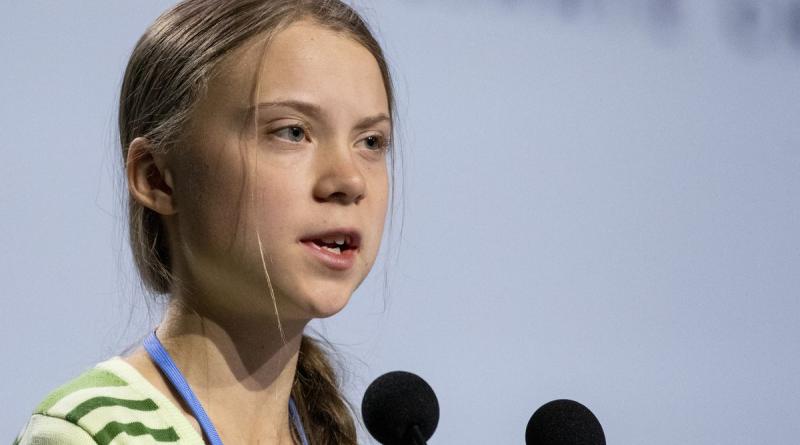 ‘It becomes clearer and clearer that it doesn’t seem to end with giving up on empathy, equality, facts and science,’ says Ms Thunberg.

Mr Biden was declared the winner on Saturday after his home state of Pennsylvania, with 20 Electoral College votes, pushed him past the 270-mark needed to win.

But Mr Trump has refused to concede that he has lost and continues to frantically post to Twitter, including in all-caps, alleging “BALLOT COUNTING ABUSE!” and “WE WILL WIN!”

The climate activist tweeted on Wednesday: "It becomes clearer and clearer that it doesn’t seem to end with giving up on empathy, equality, facts and science.

“It appears after that follows diminishing or denying democracy itself. A global phenomenon - all for greed and power.” 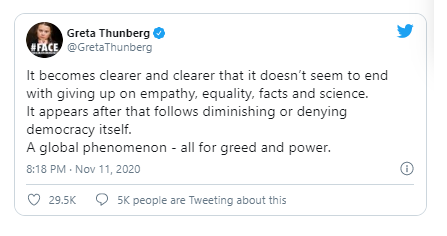 Ms Thunberg, who stars in the documentary “I Am Greta,” coming out Friday on Hulu, has long been reticent to comment on political leaders but has made an exception for Mr Trump around the November election.

Last Thursday, as Mr Trump raged on Twitter over unfounded allegations of voter fraud, she tweeted in reply to one of the president's "STOP THE COUNT!" tweets.

The message came almost a year after Mr Trump had tweeted about Ms Thunberg, apparently upset that she was named  Time magazine's person of the year over him.

“So ridiculous. Greta must work on her Anger Management problem, then go to a good old fashioned movie with a friend! Chill Greta, Chill!” he wrote in 2019. 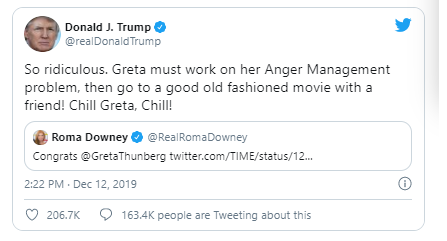 In October, the Swedish activist showed support for Mr Biden, urging voters concerned about the environment to make their voices heard in the election.

She said in a tweet that she never engages in party politics, but that “the upcoming US elections is above and beyond all that”.

“From a climate perspective it's very far from enough and many of you of course supported other candidates. But, I mean you know damn! Just get organised and get everyone to vote #Biden,” she wrote.

Ms Thunberg sparked a global protest movement after she began striking over the climate crisis outside the Swedish parliament in 2018.