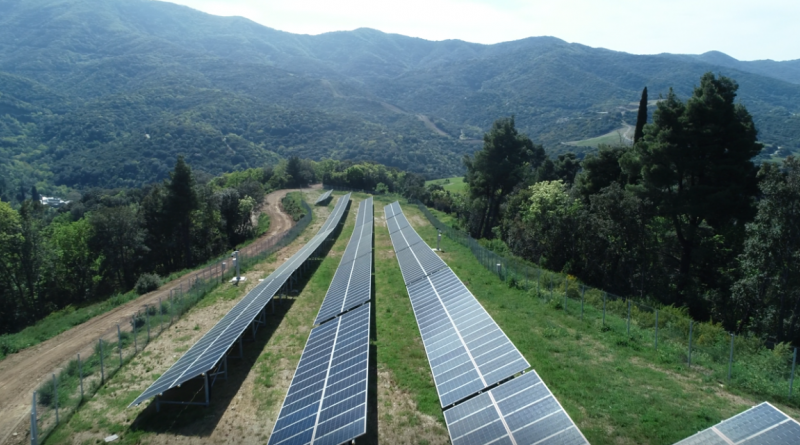 Greece has launched a series of renewable energy tenders to procure new solar PV and wind power capacity in separate auctions and joint tenders. Earlier this week, it held its second-ever joint renewable energy tender with a single pot for both technologies. It ended up awarding 502.94 MW of capacity, including 350 MW of solar.

The tender resulted in a record-breaking tariff of €0.04911/kWh for a 200 MW solar project that will be built in Ptolemaida, a mining region in Greece’s Macedonia region.

State-owned utility Public Power Corp. (PPC) is backing the project. The installation will serve as the starting point of a broader plan to develop an additional 3 GW of PV capacity in the country’s mining regions.

EMV, which is backed by France’s EDF, offered a rate of €0.05068/kWh – the tender’s second-lowest tariff – for a 70 MW solar project in the municipality of Evrotas, on the Peloponnese Peninsula.

Greece’s Panagakos Group, meanwhile, offered the round’s highest successful tariff, at €0.05482/kWh, for a string of PV parks that will be developed by two companies, Spes Solaris 3 and Spes Solaris Solar Concept.

Greece’s tender regime has driven a steady reduction in tariffs, which will benefit Greek electricity consumers and the national economy. More importantly, it has also cultivated a competitive environment for domestic companies, as they now need to set strategies to beat international players in the Greek market. This was something that was unthinkable just a few years ago.

How much wind was in Europe's electricity yesterday?