The frenzied final power moves of the Trump administration could change our planet forever. 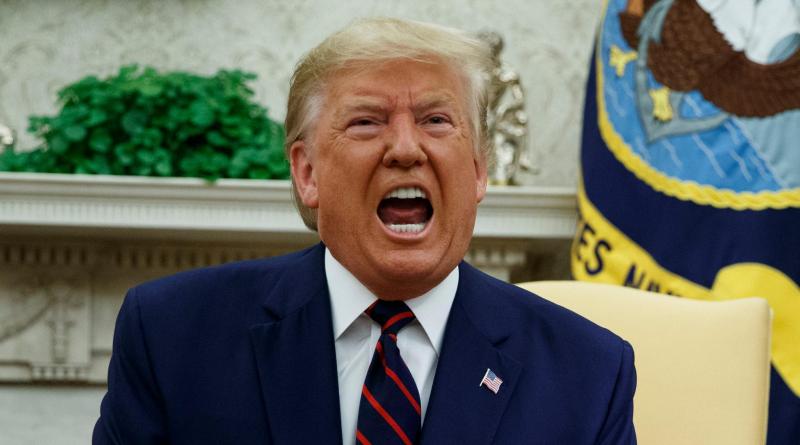 There’s a much-memed scene from Nineties action masterpiece, Desperado — Antonio Banderas’ El Mariachi and Salma Hayek's Carolina striding off as the backdrop ignites into a grenade-fueled fireball — which has come to mind intermittently in the past few weeks.

It’s happened when I’ve been doom-scrolling on the frenzied final power moves of the Trump administration: The rash of firings of senior defense officials, the drip-drip denigration of democratic norms and the last drive-by on environmental and climate protections.

It’s been four long years for the environment under the Trump administration. Since the very start, loyalists appointed at various federal agencies began a sweeping agenda that has amounted to more than 100 rollbacks on rules and policies that protect our air, water, lands and wildlife, in favor of relaxing standards for those using toxic chemicals and spewing carbon emissions.

At the heart of the effort has been the Environmental Protection Agency, which a former coal lobbyist was installed to lead in February, perhaps to work through lobbyists’ wishlists.

The list is extensive. In March, Obama-era vehicle mileage standards, intended to spur electric vehicle production and improve fuel-efficiency in the meantime, were rolled back, a move opposed by a number of states and car makers.

It was a targeted evisceration of one of Obama’s signature efforts to tackle emissions by a successor who has alternately ignored the climate crisis or called it a “hoax”, bolstered by a litany of bad faith arguments from a GOP chorus.

Trump officials removed measures to curb pollution in wetlands; culled a proposal to reduce pollution from sewage plants; and got rid of a requirement for oil and gas companies to report emissions of the powerful greenhouse gas methane, to name but a few.

Parceling off America’s public lands for oil and gas drilling, mining and logging has been another hallmark of the Trump era, with more being sold to industry than ever before.

The administration is now racing the clock to finish its destructive agenda before the end of Trump’s sole term. In all, 23 proposed rules have been submitted since Election Day.

The latest news is that the coastal plain of the Arctic National Wildlife Refuge is now open for oil and gas drilling leases.

It’s an area the size of Delaware, sandwiched between the Brooks mountains, the highest range within the Arctic Circle and the Beaufort Sea.  Some 200,000 caribou make the world’s longest land migration to give birth to their young there every summer.

The indigenous Gwich’in people, whose views have been consistently ignored by the Trump administration, have cited concerns on the impacts to the porcupine caribou herd on which they have relied for subsistence.

The refuge, dubbed “America’s Serengeti”, is also home to populations of endangered polar bears along with gray wolves and musk oxen, and attracts migratory birds from around the world.

To drill for oil and gas here, in the heart of the wildest place left in America, would mean a massive build-out of infrastructure: permanent roads, gravel mines, worker housing complexes, and the draining of freshwater resources, says Adam Kolton, executive director of the Alaska Wilderness League.

The refuge represented a “stark choice in terms of which direction we go for our energy future,” he told The Independent.

“Do we want to spoil these wild landscapes in our last grasp at an oil economy, or do we make a pivot?” he added.

The region is a poster child for the climate crisis. September saw Arctic sea ice shrink to its second-lowest extent since satellite records began and temperatures in 2020 have been 14-18F (8-10C) warmer than average, NASA reported.

Launching major oil and gas development in the region feels like shuffling-deckchairs-on-the-Titanic levels of hubris.

Even the banking sector, with its continued propping up of the fossil fuel industry, is largely sitting this one out. TD Bank, Barclays, Goldman Sachs, Wells Fargo, Morgan Stanley, and JP Morgan Chase are among the financial institutions who have said they will not finance oil and gas activities in the Arctic region.

President-elect Biden is firmly opposed to drilling in the ANWR, and has promised to ban new oil and gas permits on public lands.

While there are political levers — the new president could pull to reverse 11th-hour lease sales (not to mention the four separate lawsuits challenging drilling in the refuge) — Kolton warned against “taking anything for granted”. If the Trump administration manages to formally issue leases to buyers, it could complicate matters. Trump officials are looking into how to speed up processing bids that usually take two months of vetting.

Jamming through last-minute regulations could also slow the Biden team’s plans to ramp up climate and environmental policy right away.

If Republicans retain control of the Senate following the two Georgia run-off elections in January, it is unlikely they would use the Congressional Review Act — which can repeal regulations by the exiting administration — to find in Biden’s favour.

And the fire sale of America’s public lands looks likely to continue to the dwindling days of the Trump term.

A potential oil and gas lease sale close to Colorado’s Chimney Rock National Monument, scheduled this month, has drawn public accusations that the Bureau of Land Management is rushing the process.

And less than a week before Inauguration Day, the bureau is auctioning off prized parcels for oil and gas leasing in New Mexico, where environmental groups have raised concerns over the regions high levels of air pollution.