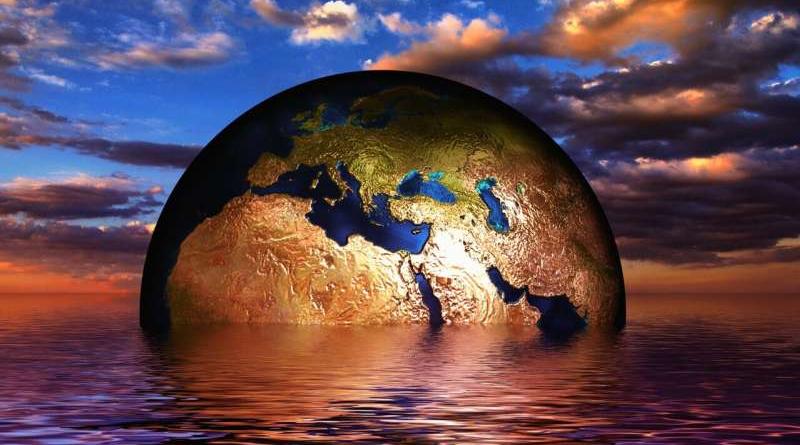 Four key climate change indicators—greenhouse gas concentrations, sea level rise, ocean heat and ocean acidification—set new records in 2021. This is yet another clear sign that human activities are causing planetary scale changes on land, in the ocean, and in the atmosphere, with harmful and long-lasting ramifications for sustainable development and ecosystems, according to the World Meteorological Organization (WMO).

Extreme weather—the day-to-day "face" of climate change—led to hundreds of billions of dollars in economic losses and wreaked a heavy toll on human lives and well-being and triggered shocks for food and water security and displacement that have accentuated in 2022.

The WMO State of the Global Climate in 2021 report confirmed that the past seven years have been the warmest seven years on record. 2021 was only one of the seven warmest because of a La Niña event at the start and end of the year. This had a temporary cooling effect but did not reverse the overall trend of rising temperatures. The average global temperature in 2021 was about 1.11 (± 0.13) degrees Celsius above the pre-industrial level.

"It is just a matter of time before we see another warmest year on record," said WMO Secretary-General Prof. Petteri Taalas. "Our climate is changing before our eyes. The heat trapped by human-induced greenhouse gases will warm the planet for many generations to come. Sea level rise, ocean heat and acidification will continue for hundreds of years unless means to remove carbon from the atmosphere are invented. Some glaciers have reached the point of no return and this will have long-term repercussions in a world in which more than 2 billion people already experience water stress."

"Extreme weather has the most immediate impact on our daily lives. Years of investment in disaster preparedness means that we are better at saving lives, though economic losses are soaring. But much more needs to be done, as we are seeing with the drought emergency unfolding in the Horn of Africa, the recent deadly flooding in South Africa and the extreme heat in India and Pakistan. Early Warning Systems are critically required for climate adaptation, and yet these are only available in less than half of WMO's Members. We are committed to making early warnings reach everyone in the next five years, as requested by the United Nations Secretary-General Antonio Guterres," said Prof. Taalas.

The WMO State of the Global Climate report complements the IPCC Sixth Assessment report, which includes data up to 2019. The new WMO report provides information and practical examples for policy-makers on how the climate change indicators outlined in the IPCC reports played out during the recent years globally and how the associated implications on extremes have been felt at national and regional level in 2021.

The report was released just ahead of the World Economic Forum Davos 2022 Annual Meeting, which brings together more than 2,000 leaders and experts from around the world under the theme Working Together, Restoring Trust. Topics on the agenda will include tackling climate change.

The WMO State of the Global Climate report, which will be used as an official document for the UN Climate Change negotiations known as COP27 to take place in Egypt later this year.

Dozens of experts contribute to the report from Member-States including National Meteorological and Hydrological Services (NMHSs) and Global Data and Analysis Centers, as well as Regional Climate Centres, the World Climate Research Programme (WCRP), the Global Atmosphere Watch (GAW), the Global Cryosphere Watch and the EU's Copernicus Climate Change services.