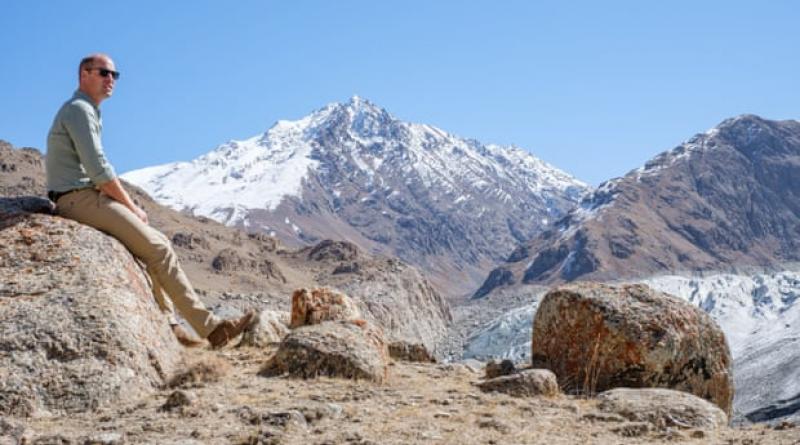 Five £1m prizes will be awarded each year for next 10 years to support environmental solutions.

The Duke of Cambridge has announced that £50m will be awarded over 10 years through his Earthshot prize, billed as “the most prestigious global environment prize in history”, which aims to find solutions to repair the planet by 2030.

Officially launching the prize, Prince William said he felt it was “my job and my responsibility” as the planet reached “tipping point” , and the next decade was “crucial”.

Five £1m prizes will be awarded each year for the next 10 years, aiming to provide at least 50 solutions to some of the world’s environmental problems.

William said he had been inspired by his father, Prince Charles, as well as the TV naturalist Sir David Attenborough, who is one of the judges of the prize.

He admitted it was “certainly ambitious” and the prize had been 18 months in the making. “We felt that the one piece of the jigsaw that was maybe missing was positivity.

“I felt very much that there’s a lot of people wanting to do many good things for the environment and what they need is a bit of a catalyst, a bit of hope, a bit of positivity that we can actually fix what’s being presented.

“And I think that urgency with optimism really creates action. And so the Earthshot prize is really about harnessing that optimism and that urgency to find solutions to some of the world’s greatest environmental problems.”

He added: “We believe this decade is one of the most crucial decades for the environment. And by 2030 we really hope to have made a huge stride in fixing some of the biggest problems on Earth.”

“We must have some hope, we must have some optimism, because if we don’t it is all too much, it is very apocalyptic about things. These are grave times for the environment. But I do believe in human ingenuity, and I do believe in the younger generations speaking up as they are now, that they will not stand for this lack of hope.”

Inspired by John F Kennedy’s ambitious “moonshot” lunar programme, the prize is centred on five “Earthshots” – simple but ambitious goals for the planet. These are:

Individuals, people-powered movements, businesses cities, and countries can be nominated for the prizes.

The plan was to “harness our ingenuity and our ability to invent”, William said.

He added: “The key thing about the Earthshot prize is that positivity. It’s the idea we need to find solutions to be able to live our lives and enjoy our lives and not feel guilty and bad about some of the things we do.

“That ultimately has to change, because I also worry from a mental health point of view, the anxiety and the worry that many of these younger generations are going to have. Hearing about what we’re talking about, it’s going to weigh on them. And they don’t to inherit a world that is full of doom and gloom.”

He hopes the prize “reaches everyone around the world, from communities, schools, right up to banks, governments, corporations, anyone and everyone”.

Attenborough told the Today programme: “There are simple things that can be done, which may sound crackpot, or a bit hole in the corner things, which really need impetus put behind them to get them done on a world scale. We want to know about those things. The prize will give them that strength, that financial impetus to spread and develop.”

William has set up the prize through his Royal Foundation, taking advice from teams behind the Nobel prize and the Xprize. He believes it is unique, and he is bringing leading global figures and organisations onboard.

Nominations for the first five £1m prizes will open on 1 November. More than 100 “nominators” have been selected from around the globe. The first five winners will be announced at a ceremony in London next year.

The prize is supported by a global alliance of partnerships, including WWF and Greenpeace, and there are plans for it to have its own foundation by next year. Backers include the Aga Khan Development Network, Bloomberg Philanthropies, DP World in partnership with Dubai Expo 2020, and the Jack Ma Foundation.

Blanchett said that “all around the world, science and community-based initiatives are leading to ground-breaking inventions and solutions”, and the prize aimed to “refocus the narrative on climate change to one of hope and action”.

Shakira said: “Your children, my children – they have to find ways to reduce carbon emissions, to repair our oceans, to clean the air. So we need young minds to be informed and invested, which is why education is so important. But we can’t just stand still. We have to lead the way and we have to do it now.”

Queen Rania said: “When our backs are against the wall, humanity has a knack for coming together to find innovative solutions.”

Alves said: “It’s the most important power in the world – nature. If you give it good things then nature gives good things back to you. We’re going to make a good team.”

To mark the launch, a series of five short films will be released bringing each Earthshot to life. Produced by world-leading wildlife filmmakers Silverback Films, the films are narrated by young climate activists including Bindi and Robert Irwin, the children of the late Steve Irwin, the Australian wildlife expert and TV personality.