Earlier springs could cause common bird species to become extinct by end of the century, scientists warn. 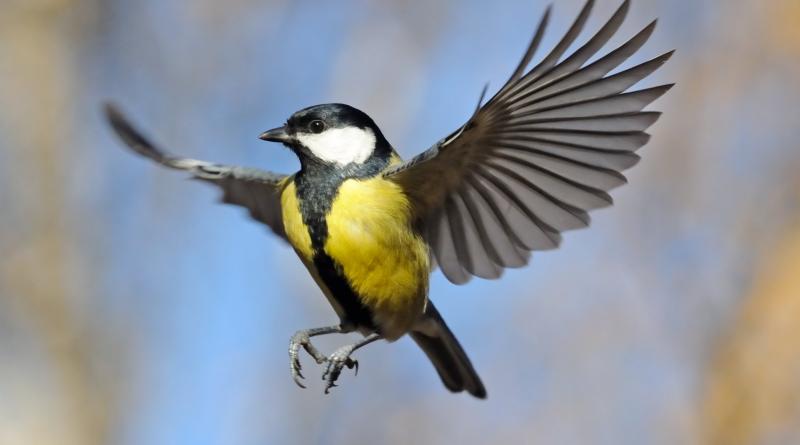 ‘It could be that the apparent stability today is hiding a future collapse’.

A rapidly warming climate will spell disaster for swathes of life on earth, including many bird species.

A new study reveals some birds which are dependent on specific abundant food sources at certain times of year may not be able to adapt fast enough to the change to seasonal patterns the climate crisis is bringing.

The research, by scientists at the Norwegian University of Science and Technology and Oxford University, focused on great tits’ dietary habits.

They found that warmer winters and subsequent early springs cause trees to leaf earlier, which in turn prompts the larvae that feed on the plants to hatch earlier, and this can present a problem to the birds.

Great tits are among many species which depend on an abundance of larvae available when their chicks are newly hatched and growing.

Among populations of great tits, some birds’ young hatch earlier than others, and in a rapidly warming world with earlier springs, to begin with, these families of tits could survive.

However, using population models and comparing them against various climate change scenarios, the researchers concluded that eventually, if springs came earlier and earlier, the great tits would lose the race.

“When the climate changes, the interactions between different species changes too,” said Emily Simmonds, an associate professor at NTNU’s Department of Biology.

“If changes happen too fast, species can become extinct.

“Given conditions with big greenhouse gas emissions, the great tits won't always be able to keep up with the changes in the larvae supply,” she said.

The research team said in the worst case scenario, in which larvae appeared about 24 days earlier than the current norm in 2020, whole populations of great tits will simply disappear by the year 2100 because they aren’t able to find enough food for their chicks.

“This could happen even if great tits also modify their behaviour more quickly in a rapidly changing environment. The larvae might be changing even faster than the great tits,” Ms Simmonds said.

"It could be that the apparent stability today is hiding a future collapse," she warned.

“The reason is that we might reach a kind of threshold where the great tits aren't keeping up. The rubber band gets stretched too far, you could say.

She added: “The good news is that the populations will be able to survive scenarios with lower or medium warming trends.”

Other populations of birds are already being directly hit by the deadly impacts of the climate crisis - in the US state of New Mexico hundreds of thousands of birds have dropped dead, and reports of mass avian fatalities have also come from Colorado, Texas, Arizona and Nebraska.

Record heatwaves, enormous wildfires and huge smoke plumes are being blamed for the deaths of numerous migratory species.

The research is published in the journal Ecology Letters.

Hundreds of Thousands of Migratory Birds 'Falling Out of the Sky' in the Southwest.