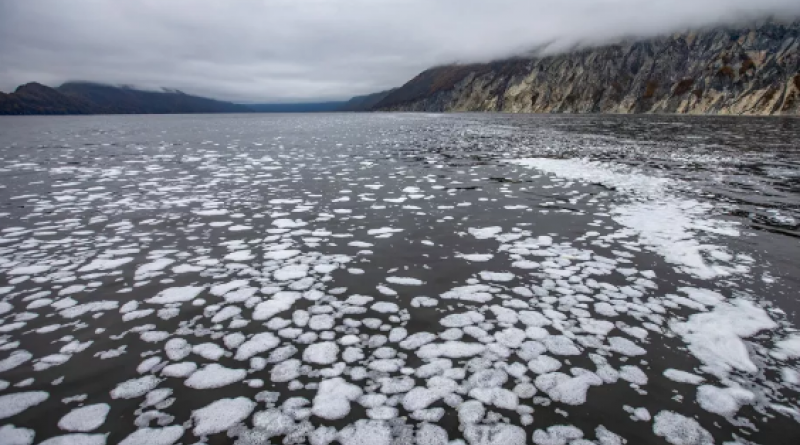 An unidentified pollution event may have spilled a slew of toxic chemicals into the water.

Thousands of dead octopuses, starfish and other sea creatures have recently washed up on the shores of the remote Russian peninsula of Kamchatka. The normally pristine waters surrounding Kamchatka have become discolored and developed an odd smell, say locals. Surfers say the water is mildly burning their eyes.

It turns out an unidentified pollution event may have spilled a slew of toxic chemicals into the water, according to recent news reports.

After reports from surfers and locals surfaced, divers confirmed a widespread mass die-off, and Greenpeace Russia called it an "ecological disaster," according to The Guardian. Widely circulated photos and videos of the dead creatures sparked outcry from the public and speculation from local news outlets as to what could have caused it, CBS News reported.

The pollution seems to have badly hit the sea creatures that live at the bottom of the seafloor, wiping out as many as 95% of them in Kamchatka's Avacha Bay, Ivan Usatov, a researcher at the Kronotsky Reserve and the Pacific Institute of Geography Kamchatka Gov. Vladimir Solodov, according to the Kamchatka government website. Usatov and other researchers studied the area around Avacha Bay by taking samples and diving to the sea-floor. "Some large fish, shrimps, crabs have survived, but in very small numbers," Usatov said. But "the condition of marine mammals and birds is normal. On the shore, we also did not find any emissions of large dead sea animals, birds." 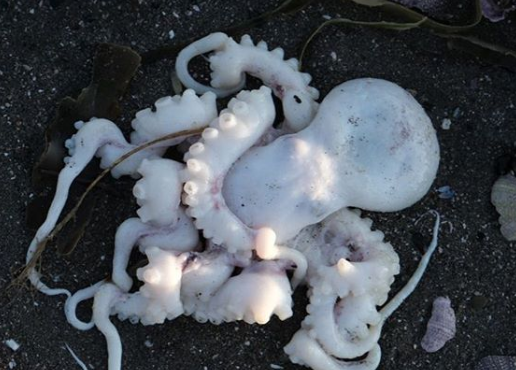 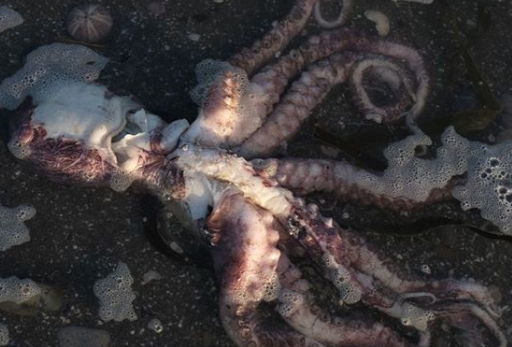 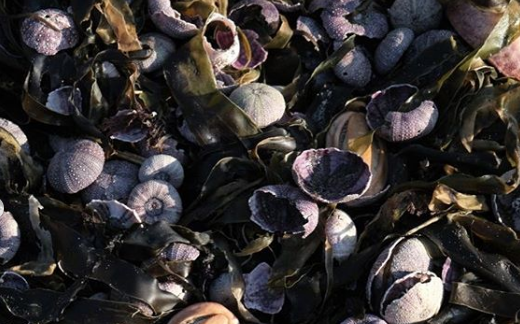 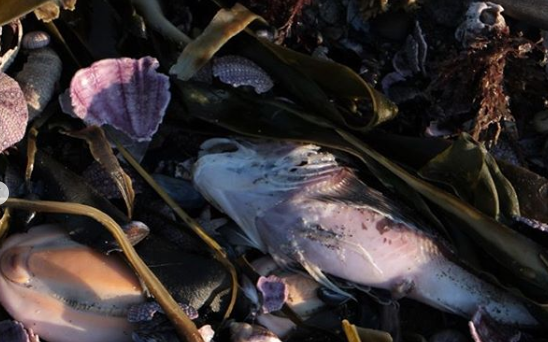 It's likely that this event severely disrupted the food chain as the animals that feed on those bottom-dwelling creatures will also die, the researchers said.

Last week, officials blamed the scores of dead animals on stormy weather. But a recent analysis of water samples revealed that it was contaminated with a number of potentially dangerous substances. The samples contained petroleum products, some of which were at levels that were four times above normal, Aleksei Kumarkov, the region's acting Minister of Natural Resources and Ecology said, according to CBS News.

The water also had more than twice the expected levels of compounds called phenols, which can cause irritation to the skin, eyes, nose, throat and nervous system, according to the Centers for Disease Control and Prevention (CDC). At high enough doses, phenols can cause liver or kidney damage, skin burns, tremors, convulsions and twitching, according to the CDC.

There are "no grounds to talk about any specific version" of what might have killed all of these animals, Solodov told reporters at a news conference on Monday (Oct. 5), according to CBS News.

Solodov posted on Instagram that he would lead a "transparent" investigation into the issue and fire any official who tries to cover up the scale of the pollution. As part of this investigation, he said there would be investigations on Tuesday (Oct. 6) at two military testing sites, Radygino and Kozelsky, both near a local river with "yellow film" on it, according to The Guardian.

The containers holding old rocket fuel stored in Radygino, about 6 miles (10 kilometers) from the sea, could have rusted, leaking fuel into the water, Vladimir Burkanov, a biologist said in Russia’s opposition newspaper Novaya Gazeta, according to The Guardian. Kozelsky, where toxic chemicals and pesticides are buried,  could have also had a leak, according to The Guardian. Multiple different groups are continuing to investigate the incident.

Botswana says it has solved mystery of mass elephant die-off.