Could China replace Australian iron ore with metal from Africa? 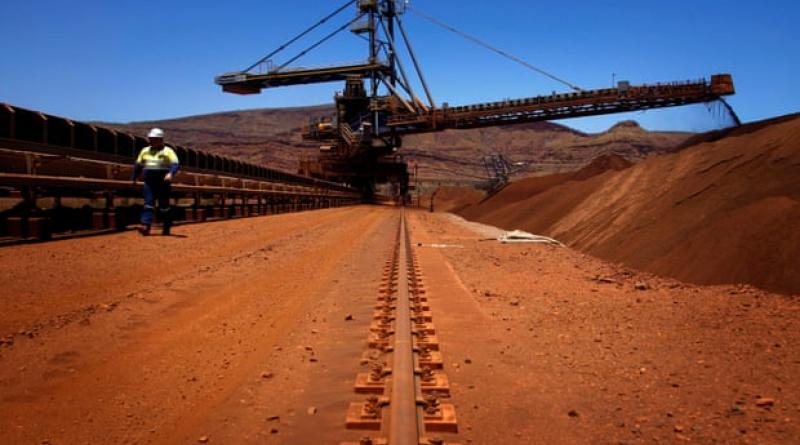 Analysis: Amid rising trade tensions, Chinese interests are keen to develop a high-quality deposit in Guinea. Analysts warn any restrictions on Australian sales to China would ‘send shockwaves through the market’

Across China and around the clock, furnaces fuelled by Australian iron ore pump out the steel the country needs to build its way out of the coronavirus downturn.

But as China’s trade war with Australia has become louder, working its way from unofficial stoppages to swingeing tariffs on barley and wine, so too have rumblings that the country may slow or end its use of Australian ore.

For Australia, a lot is at stake. Exports of goods and services to China are about 7% of Australia’s gross domestic product, and iron ore is the single-biggest category, at about 40% of the $153bn in goods and services Australia sends to China every year, according to Department of Foreign Affairs and Trade figures.

Any restrictions on Australian iron ore sales to China would “send shockwaves through the market”, says analyst Julien Hall of S&P Global Platts.

But could China replace Australian iron ore with metal from somewhere else?

Part of the answer lies at a place called Simandou, deep in the interior of Guinea, in west Africa. It is home to the biggest undeveloped iron ore deposit in the world, which Chinese interests are keen to bring to production as soon as possible.

It’s been dubbed the “Pilbara killer”, due to the flood of high-quality ore, better than what BHP and Rio Tinto dig up in Western Australia, that will be unleashed on the market when it finally gets going.

The site has a troubled history – it’s mired in corruption allegations dating back almost a decade – and will require billions of dollars to develop, a task that includes building a 700km train line to get the ore to port.

On the most optimistic view, it is five years away from production – and some in the mining industry think 10 years a more likely timeframe.

In the meantime, Australian ore also faces the challenge of increasing production from Brazil, which is struggling with Covid-19 at the same time as its mining industry tries to recover from tailings dam collapses that have killed hundreds of people and left mine operators nervous to dig ore in heavy rain.

Other sectors are also at threat: in a normal year, Australia exports $12bn a year to China in education, through Chinese students travelling to study at Australian colleges and universities, but the sector has been shut down by coronavirus travel restrictions and now faces an uncertain future.

And Australia’s $14bn-a-year coal trade has already been hit by a Chinese port go-slow that has left more than 60 ships sitting idle off the coast.

But iron ore remains essential to China’s development. The nation consumes about 1bn tonnes of iron ore a year, a little over 60% of which comes from Australia. Brazil is the second-largest source, providing about 20%.

With China’s ambitious Belt and Road project to build infrastructure around the world – and project state power – backing them up, Chinese firms have travelled to Africa in search of more iron ore.

They are involved in both ventures that have an interest in Simandou: a consortium led by Singaporean shipping and mining conglomerate Winning International Group that includes China’s Yantai Port Group has rights to half the development while the other half is controlled by a joint venture between Rio Tinto and a group of Chinese state-owned enterprises.

Winning’s conglomerate claims to be willing to build the 700km of track needed to open the mine – and says it wants to do so by 2025.

This has put pressure on Rio Tinto to move forward plans to dig into its half of the deposit and chip in to fund the railway so that it can use it.

“We believe it makes economic sense to build an infrastructure system that can be shared,” Rio’s head of minerals, Bold Baatar, told the Wall Street Journal in October.

However, analysts are sceptical that projects such as Simandou can replace Australian ore.

Hall, the regional metals content director for Asia at S&P Global Platts, which closely monitors commodity markets, said it would be a difficult task.

“With 868m tonnes shipped to China between January and September this year, Australia accounted for 62% of China’s imports,” he said.

“That kind of volume simply can’t be found elsewhere in the short-, medium- or even maybe long-term.”

He said that once Simandou was up and running and pumping out 150m tonnes of iron a year, it “could become an alternative supply market for China, but it probably is unlikely to completely displace Pilbara iron ore exports”.

“Australia provides a reliable and relatively cheap source of iron ore,” he said. “And this is also a time in China’s economic recovery in which steel demand is really high.

“Fiscal stimulus in China typically involves spending on infrastructure spending on real estate, all which is kind of high-intensity steel demand.”

The warning that China could turn to Africa to bypass Australian iron ore has in the past come from the country’s most hawkish English-language outlet, the Global Times, which has in the past few days been in the vanguard of the attack on Australia over allegations of wine dumping and references to the Brereton report on alleged war crimes by Australian special forces in Afghanistan.

In an editorial in June, the masthead admitted that shifting to other sources of iron would cause economic pain – but said that “it would be a big mistake for anyone to think that despite its dependence on iron ore China wouldn’t cut Australian imports”.

“So far, China-Australia relations have yet to reach the stage where their iron ore trade needs to be impacted, and we hope the situation doesn’t deteriorate further,” it said.

Since then, things have become much worse.

In the past six months, China has also banned imports of beef from four of Australia’s largest slaughterhouses, imposed an 80.5% tariff on barley, and suspending imports from two big producers, stepped up customs checks on food, leaving tons of lobster marooned in transit and stopped timber imports from Queensland.

On Friday it struck again, delivering what trade minister Simon Birmingham described as a “devastating blow” to Australia’s wine industry by imposing tariffs of up to 212% on wine it claims is being dumped in China.

Langcake said the situation had deteriorated since last week, when BIS Oxford Economics put out a note saying restrictions on iron ore imports to China were unlikely.

While China is Australia’s biggest trade partner in both exports and imports, Australia is a lot less important to China.

Thanks to iron ore, Australia is China’s sixth-biggest source of imports, Department of Foreign Affairs and Trade statistics show. But Australia buys just 1.9% of China’s exports, making it the country’s 13th-biggest market.

“There’s not a ton of leverage on the Australian side,” Langcake said.

But while analysts might think an iron ore bypass is unlikely, the consequences would be catastrophic.

“Removing over 60% of supply to China would send prices for the remainder of the ore skyrocketing, in turn hurting China’s steel industry.

He said those coal ships sitting off China’s coast after an unofficial ban in October gave a hint of the potential pain.

“Just two months after the ban, Australian metallurgical coal is now selling 60% cheaper than Canadian or US material of similar quality,” he said.