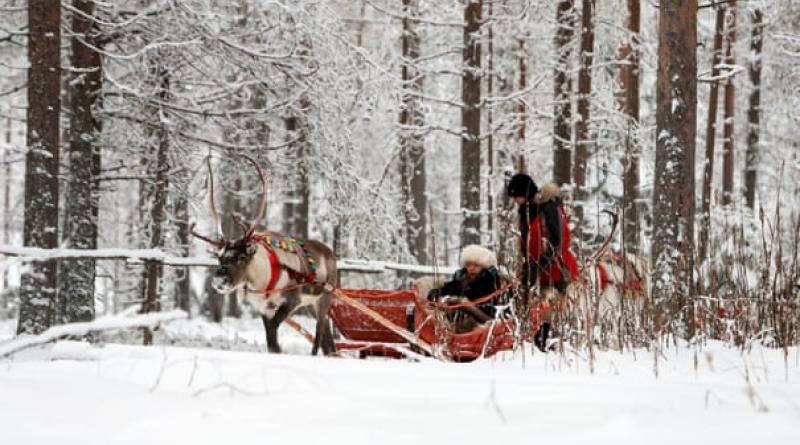 Traditional way of life under threat in vast area straddling the Arctic Circle.

Lapland is not so much a country, more a way of life, where the nomadic Sami people live and work alongside their famous reindeer herds. What we know as “Lapland”- and they call Sápmi – covers an area of land straddling the Arctic Circle, and running from the northern part of Norway in the west, through Sweden and Finland, to the Kola peninsula of Arctic Russia in the east.

Most of this area is a high plateau, covered with pine and spruce forests called taiga, which gradually thin out towards the north to be replaced by tundra. Winters are long, dark and cold, with snow starting to arrive as early as August, and covering the ground from October through to the following spring – peaking as late as April. The average winter temperatures are a few degrees zero in the north and marginally less cold in the south, where there is also more precipitation.

Summers, however, are very different: mean temperatures are in the low teens (C), while during heatwaves they can rise well into the 20Cs. However, recent summers have had unseasonably high temperatures, with records being not just broken, but smashed, a result of the global climate emergency. In July 2018, Rovaniemi, the capital of Finnish Lapland – the self-styled “official hometown of Santa Claus” – recorded an unprecedented high of 32C (90F).

Climate change: Snowy UK winters could become thing of the past.