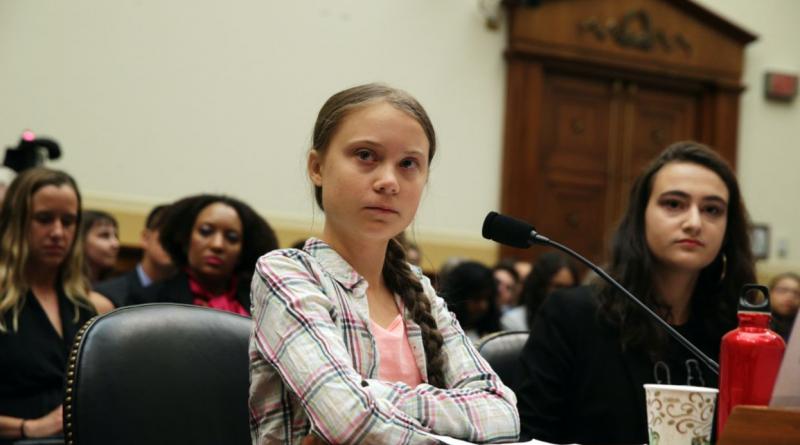 "Fridays For Future and the youth climate movement are striking again around the world, in a safe way and following Covid-19 guidelines, to demand those in power treat this like the urgent crisis it is," said Greta Thunberg, the 17-year-old Swede whose solitary school strikes launched a global movement.

Thunberg said in a tweet that she "never engages in party politics. But the upcoming U.S. elections is above and beyond all that."

"From a climate perspective it's very far from enough and many of you of course supported other candidates. But, I mean... you know... damn! Just get organized and get everyone to vote #Biden," she tweeted.

Thunberg, whose Fridays For Future strikes sparked a global climate protest movement after striking outside the Swedish parliament in 2018, could encourage participation among younger voters who are typically less likely to vote than older Americans. 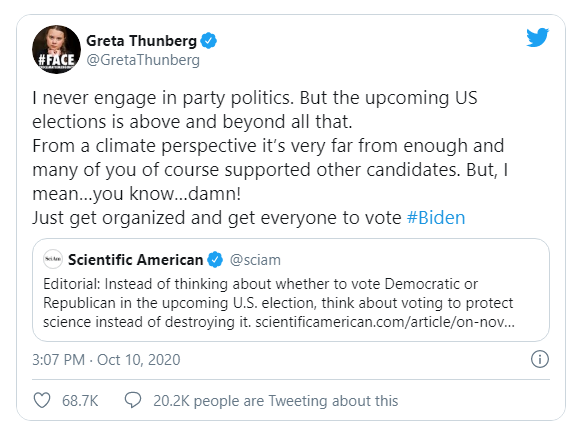 After Thunberg was named Time Magazine's Person of the Year in 2019, Donald Trump tweeted: 'So ridiculous. Greta must work on her Anger Management problem, then go to a good old fashioned movie with a friend! Chill Greta, Chill!" 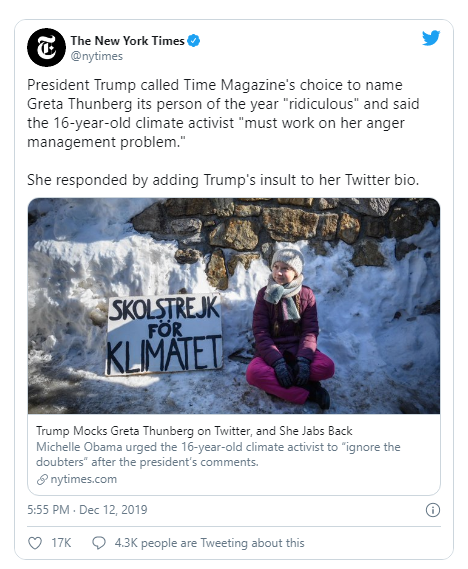