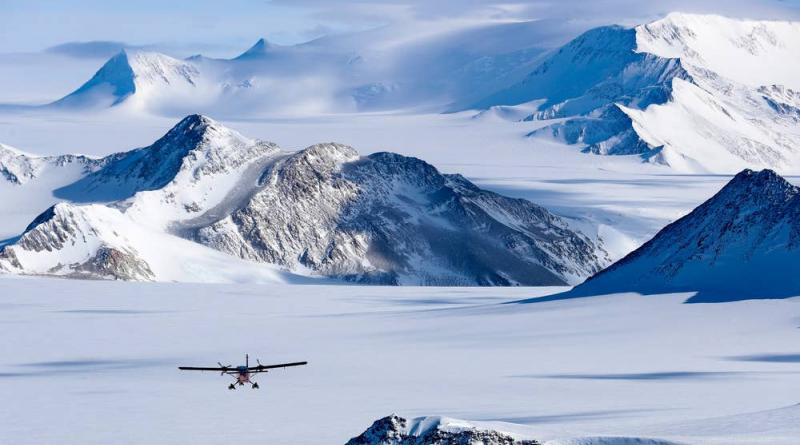 Related video: 'Mothers Rise Up' protesters gather in May to demand action on climate change

Permafrost hs begun thawing in the Canadian Arctic more than 70 years early because of climate change, according to new research.

A "series of anomalously warm summers” has dramatically accelerated melting rates at three sites despite average annual ground temperatures remaining low. Ponds and hillocks have formed as a result.

It had been thought that the permafrost - ground that remains frozen for at least two years - would remain until at least 2090.

But the study found thawing levels were above 150 to 240 per cent above historic levels.

Antarctic Explorers: the new age of exploration in pictures

Mould Bay on Prince Patrick Island was the worst-affected site, according to the study, published on the journal Geophysical Research Letters.

There, permafrost thawing levels were 240 per cent higher than historic levels and the ground sank 90cm over the course of the study which ran for over 12 years, between 2003 and 2016.

Researchers also recorded thawing at depths not expected until air temperatures rose to levels that the UN Intergovernmental Panel on Climate Change (IPCC) predicted it would reach in 2090.

Along with Mould Bay, researchers observed thermokarsts - a type of land surface that occurs when the ice melts in permafrost, characterised by uneven ground with low rounded hills and small ponds - at three siites along the 430 mile section of the high Arctic in Canada they were monitoring.

When permafrost thaws, it releases carbon dioxide and other greenhouse gases stored in or beneath it into the atmosphere.

There in turn, cause temperatures to rise and create a perpetual cycle where more permafrost melts.