Is This The Cleanest Energy On Earth? 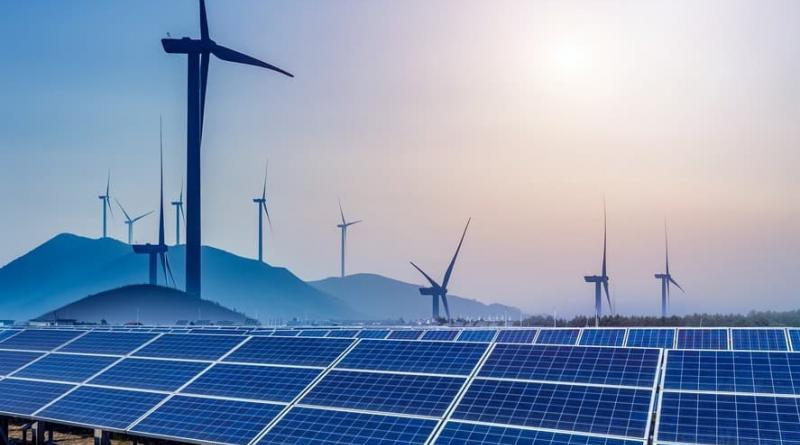 The green energy revolution is well and truly underway. Renewables have proven to be highly resilient, emerging as the only energy sector to record any kind of growth at a time when fossil fuels are going through their worst existential crisis.  American solar and wind generation are being integrated into the national electricity grid without compromising reliability with renewables expected to dominate over the next couple of decades as innovation brings down costs.

And there doesn't seem to be a shortage of investors willing to stake their claim in the sector.

In 2018, renewable energy advocacy group American Council on Renewable Energy (ACORE) launched an initiative to help secure $1 trillion in private sector investment in renewable energy and enabling grid technologies by 2030. The group says cumulative investment reached $125.1 billion through the first two years of the campaign and says the future is looking bright despite disruptions by Covid-19.

Yet, one renewable source hardly gets a passing mention: Geothermal energy.

According to the International Renewable Energy Agency (IRENA), the world installed 176 GW of renewable power capacity in 2019, good for 72% of net power generation capacity additions. Wind and solar farms accounted for 90% of that (158GW) while only 0.7GW of new geothermal energy was added.

At first, this appears quite puzzling considering that geothermal energy is one of the most abundant primary energy forms in nature: Geothermal energy can be found almost anywhere from remote deep wells in Indonesia and as close as the dirt in our backyards.

Other than seismically active hotspots, there is a steady supply of milder heat—useful for direct heating purposes—at depths of anywhere from ten to a few hundred feet below the surface. This heat can be found in virtually any location on Earth since it has its origins from when the planet formed and accreted, heat from the decay of radioactive elements and also from frictional heating caused by denser core material sinking to the center of the planet.

Compared to wind and solar, geothermal energy is highly reliable since it's constant and available throughout the year regardless of the season or weather. Geothermal power plants have average availabilities of >90% compared to ~75% for coal plants.

Geothermal power also has something even more impressive going for it: It is one of the cleanest energy sources—and it is dirt-cheap to boot.

True, geothermal power plants are frequently associated with sulfur dioxide and silica emissions, and the reservoirs can contain traces of toxic heavy metals including arsenic, mercury, and boron. However, the pollution associated with geothermal energy is nowhere near what we see with fossil fuels.

Consequently, Iceland's capital city, Reykjavik, which heats 95% of its buildings using geothermal energy, is considered one of the cleanest cities in the world.

At USD 0.04-0.14 per kWh, geothermal power plants have the lowest levelized cost of all U.S. generation sources, both conventional or renewable.

So it is only natural to wonder why this otherwise perfect energy source provides a mere sliver of our energy needs amounting to 16GW globally or 0.3% of global electricity generation.

Despite its otherworldly qualities, geothermal is hampered by several critical limitations.

The shortage of high-temperature resources is the biggest reason why geothermal growth has failed to keep pace with wind and solar. High-temperature geothermal resources are found only where there is a coincidence of high heat flow and favorable hydrology. Unfortunately, such coincidences occur only in a few places on our planet.

Another critical factor that has slowed geothermal's slow growth is the fact that geothermal fields contain much less usable energy than typical oil fields. For instance, the ~50-square-mile Geysers field in California, the Big Daddy of the world's geothermal fields, generates the oil equivalent of about 5 million bbl (~8TWh)/year at full production. The Bakken produces 60 times as much.

Yet another disadvantage is that geothermal heat cannot be easily transported, meaning it must be used where it's produced. This is the reason why geothermal resources in remote places such as the Andes, Kamchatka, and Indonesia remain unexploited.

Thankfully, there is hope.

Enhanced Geothermal Systems (EGS) promise to increase the areas where geothermal energy can be exploited as well as the energy output of wells over a smaller footprint.

An Enhanced Geothermal System (EGS) is essentially a man-made reservoir, created where there is hot rock but insufficient or little natural permeability or fluid saturation. In an EGS, fluid is injected into the subsurface under carefully controlled conditions, which cause pre-existing fractures to re-open, creating permeability. Increased permeability allows fluid to circulate throughout the now-fractured rock and to transport heat to the surface where electricity can be generated.

Advanced EGS technologies are young and still under development; however, EGS has been successfully realized on a pilot scale in Europe and now at two DOE-funded demonstration projects in the United States. The European Union has taken this idea further and is supporting research into converting oil wells into geothermal wells. One option involves converting oil wells for geothermal production or co-produce both oil and heat from existing oil wells.

A 2006 Massachusetts Institute of Technology (MIT) study predicted that in the United States alone, 100 GWe of cost-competitive capacity could be provided by EGS in the next 50 years.

Cheaper, Cleaner Biofuel May Be Right Around The Corner.