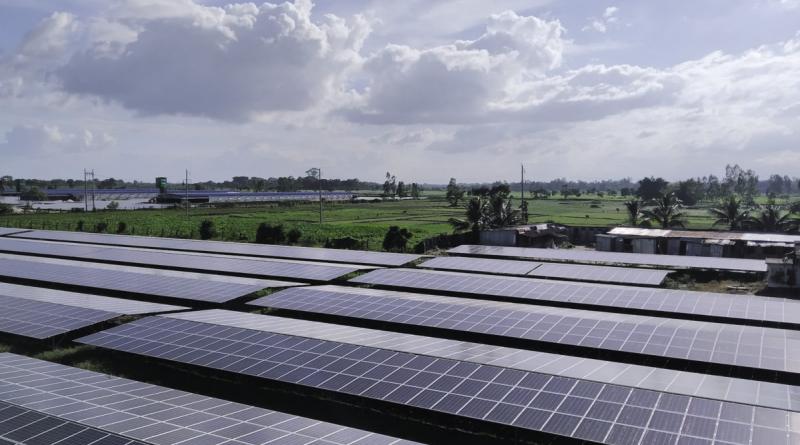 A 50 MW PV project, located in northern central Bangladesh’s Mymensingh district, has begun supplying electricity to the national grid. Full commercial operations for the plant are expected to begin in January.

A new 50 MW PV power plant has begun to supply electricity to the regional grid in northern Bangladesh. The facility comprises some 173,000 solar panels, set up on 74 acres of land.

HDFC Sinpower Limited, the project company of SinEnergy Holdings Pte Ltd, set up the power plant as part of the Bangladesh government’s effort to generate 10% of total electricity from renewables by 2021.

According to officials, the power plant's investment cost amounted to around US$95 million. Inverters for the project were supplied by Huawei, according to a press statement issued by the company on December 22nd. It said Bangladesh enjoys up to 2,500 hours of sunshine per year, with a humid and hot climate. Huawei’s notes that its equipment – with IP66 protection and anti-PID technology,  is installed “to safeguard the smooth running of the plant with highest yields possible”.

Solar PV manager at HDFC Sinpower Limited Ahsanul Muznebin told pv magazine that the plant is already meeting yield expectations and supplying power to the national grid. The commercial operation date is set for January, however Muznebin warned that this may be delayed due to Covid-19 pandemic related obstacles.

Elsewhere in Bangladesh, The North-West Power Generation Company Ltd has also set up a 7.6 MW power plant in Sirajgang district which is now awaiting grid connection. The plant is built on 22.78 acres of land at a cost of $12.75 million.

“We are fully ready to begin operations, but getting grid connection has been delayed due to some administrative procedures,” Ahammad Sifat, Deputy Project Director at North-West Power Generation Company Ltd told pv magazine.

The South Asian country’s first utility scale solar power plant with a capacity of 28 MW came into operation in September 2018. According to Sustainable and Renewable Energy Development Authority (SREDA) Bangladesh presently has 650.61 MW of clean energy capacity, of which 319.58 MW is grid connected.

A nomadic family that lives on solar energy!