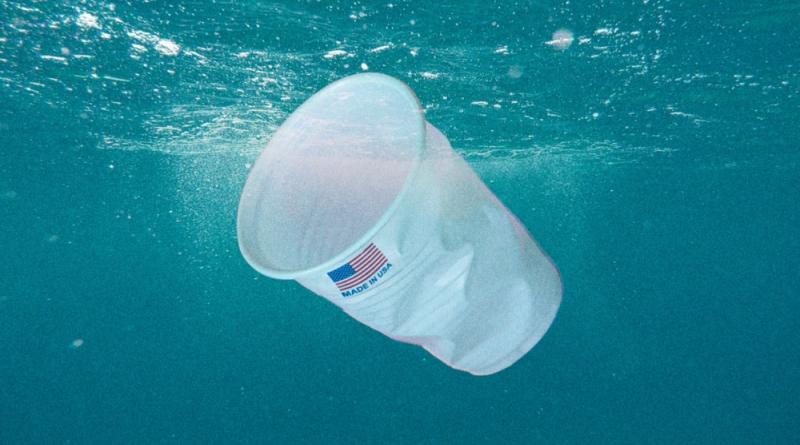 A new study gives the U.S. the bronze medal

China and Japan are among the “ many, many countries “ flooding U.S. beaches with plastic waste.

At least, that’s what President Trump said in late 2018 as he signed the first Save Our Seas Act. “All the time we’re being inundated by debris from other countries,” he stated, calling those other countries “abusers” and promising to crack down on them. “I will continue to do everything I can to stop other nations from making our oceans into their landfills.”

Trump’s remarks — and much of the ongoing discussion about the United States’ responsibility to address the plastic pollution crisis — seem to be rooted in a landmark 2015 research paper that, for the first time, attempted to estimate how much ocean-bound plastic pollution was coming from which countries. That study used 2005 World Bank data on per capita waste generation and how much of that waste was plastic to estimate countries’ total plastic waste output in 2010. Based on the authors’ findings, China and five other Asian nations were responsible for most of the 9.4 million tons (8.5 million metric tons) of plastic waste entering the oceans each year. The United States barely made the list of top polluters, clocking in as the 20th biggest contributor to ocean plastic debris.

But new research tells a different story. According to a new study published Friday in the journal Science Advances, the United States is actually a much bigger part of the global plastics problem. In 2016, the U.S. produced more plastic waste than any other country on Earth, and if you take into account illegal dumping, littering, and scrap plastic exports, the country could take the bronze medal for its contributions to marine plastic pollution — lagging only behind India and Indonesia.

One of the major shortcomings of the 2015 paper, explained Nick Mallos, senior director of the Ocean Conservancy’s Trash Free Seas program and one of the new study’s co-authors, was that, after relying on previous estimates that only 2 percent of the United States’ plastic waste was littered, it assumed that 100 percent of the rest of it was handled responsibly — either collected for recycling, incinerated, or properly landfilled, even if it was sent abroad to developing countries. To Mallos, that seemed a little too optimistic.

Using 2016 municipal solid waste data from the World Bank — the most recent available — Mallos and his colleagues attempted to refine some of the calculations made in the 2015 paper. They looked at 215 countries, considering the amount of plastic each nation received from the U.S., as well as its overall percentage of mismanaged waste as reported by the World Bank. United Nations data helped them calculate that, in 2016, more than half of the recyclable plastic collected in the United States was sent abroad to be dealt with — 89 percent of the time to countries with inadequate waste management infrastructure, like China and Indonesia. As a result, up to 1.1 million tons (1 million metric tons) of exported American plastic waste — the equivalent of about 13.6 Washington Monuments — ended up polluting the environment abroad.

“All of this points to the need for us to reduce our production of single-use plastics,” Mallos said. “We simply can no longer throw away our things into a recycling bin and assume our job is done.”

Ramani Narayan, a professor at the Michigan Biotechnology Institute’s College of Engineering who was not involved in the study, agreed, although he stressed that the new research doesn’t exactly exonerate Asian countries. Plastic production is still high in places like India, China, and Thailand, and each of these countries mismanages a large percentage of its waste — up to 79 percent in the case of India, according to the study. “The U.S. needs to take a leadership role,” Narayan said, but actions in North America must be matched abroad — with better recycling and other end-of-life management, as well as reduced production.

Mallos noted that the study’s data came from 2016, two years before China stopped accepting other countries’ plastic scraps with its “ National Sword” policy. Prior to the policy, a whopping 74 percent of U.S. plastic collected for recycling was sent to China and Hong Kong alone. Some of those exports have been diverted to other East Asian countries since China’s ban, but on the whole U.S. plastic scrap exports have decreased by more than 60 percent since 2017.

We’re now holding on to a lot more discarded plastic, Mallos said, and the evidence suggests that it’s much more than our recycling infrastructure can deal with. In 2018 and 2019, responding to a glut of plastic and with nowhere to send it, cities and counties across the country rolled back collection services or cut entire recycling programs. By early 2019, for example, at least half of Philadelphia’s recycling was going “ straight into an incinerator.”

Environmental advocates say that existing efforts to curb the plastics crisis are not enough. In early October, the House passed the Save Our Seas 2.0 Act, an update to the 2018 effort that mostly focuses on funding more studies and cleaning up pollution that is already in the ocean. Critics have called it “woefully inadequate” and are skeptical of the plastics industry’s support.

“There’s a reason the plastics industry likes this. It’s because they don’t really have to do anything,” said Brett Hartl, government affairs director for the Center for Biological Diversity, in an interview with the Intercept.

But another legislative effort stood out to Mallos as promising: the Break Free From Plastic Pollution Act, which focuses on reducing the amount of plastic being produced in the first place. Among other things, the act would implement a federal ban on many single-use plastics, prohibit plastic waste from being exported to developing countries, and require packaging producers to finance waste and recycling programs. The legislation was introduced by Senator Tom Udall of New Mexico and Representative Alan Lowenthal of California in January, and by late September it had 95 cosponsors from both Houses of Congress.

Instead of finger-pointing at other nations, Mallos said, these efforts would help the United States take responsibility for its own contributions to plastic pollution, which are far greater than previously reported. “Ultimately, reducing plastic waste in the U.S. is critical to avoiding an unmanageable plastic future,” he said.

US and UK citizens are world’s biggest sources of plastic waste – study.