What could a good green recovery plan actually look like? 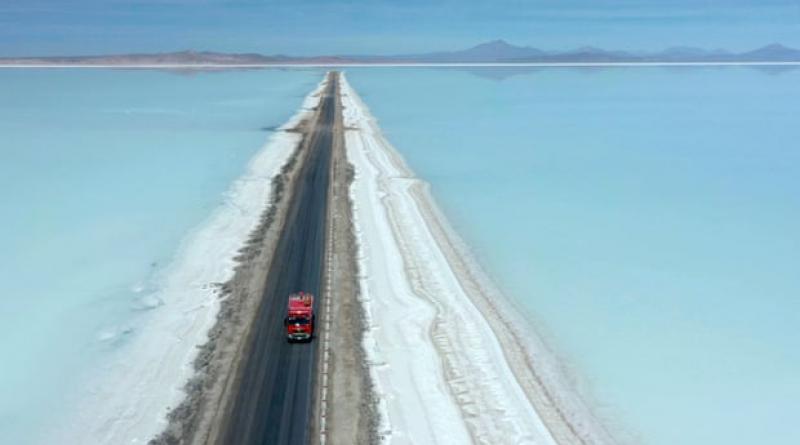 What do governments across the world need to do to shift economies away from fossil fuels?

What does a green recovery look like? That is the question governments around the world are considering as they decide how to align their $12tn worth of economic rescue packages for dealing with the coronavirus pandemic with their obligations under the Paris climate accord.

The UK is expected to announce a 10-point recovery plan this week, and observers have warned that if it lacks ambition, it could undermine the world’s goals of limiting catastrophic climate breakdown.

While some countries – notably the EU, and especially member states France and Germany – have emphasised a push for low-carbon economic growth, prioritising renewable energy, green transport, nature restoration and other environmentally beneficial projects, others – including Russia, Saudi Arabia and Turkey – have not.

Guardian analysis has also revealed that in some countries – such as South Korea, the US and China – the green part of a national economic rescue package has been outweighed by the high-carbon elements, including bailouts for fossil fuel companies or carbon-intensive industries such as airlines.

There are many possible approaches to a green recovery, but economists and advisers have identified a suite of key measures that are available to most governments in some form, that would help to shift national economies away from fossil fuels and on to a permanently low-carbon footing and generate new jobs quickly, to compensate for the job losses resulting from the pandemic and lockdowns.

The targets that countries have so far set on greenhouse gas reductions amount to only about 15% of the effort needed to meet the Paris agreement, according to the International Energy Agency. Fatih Birol, the agency’s executive director, warned: “There is a huge gap here. This is definitely not a very encouraging figure. Low economic growth [such as that caused by the pandemic] is not a low emissions strategy – we need the right policies to have economic growth and at the same time to bring emissions down. We need a green recovery.”

The IEA has estimated that 9m new jobs could be created globally in the coming year if countries follow a green recovery path.

Few countries are as good at energy efficiency as they ought to be, after years of relatively cheap fuel. Older homes can tend to be draughty, and in cold climates many are reliant on fossil fuels for heating. In warmer countries, improving air conditioning could reduce temperatures by 0.4C by the end of the century, through reductions in refrigerant gases as well as carbon dioxide.

Simple measures such as roof and wall insulation, replacing windows, moving to low-carbon heat sources such as heat pumps or district heating systems, and modernising air conditioning equipment in hot countries, can yield large benefits while saving money by cutting energy use. But the upfront costs and inconvenience of building work deter homeowners, while renters have even less incentive. That means in most countries government intervention is needed, either to regulate to force people and businesses to undertake improvements, or to provide subsidies to make it more attractive.

This work is highly labour-intensive, and yields quick returns, so economists regard it as the lowest-hanging fruit for a green recovery.

One factor slowing the take-up of electric vehicles is the lack of charging stations. Building grid-connected charging networks will be essential, and this work is also labour-intensive, with a mixture of high- and low-skilled work required, and would provide long-term benefits in cities.

Lockdowns across the globe have led to an explosion in video conferencing this year. Poor broadband speeds are still a problem for many, however, particularly in rural areas where it is more costly to roll out the high-speed cables needed. Delivering broadband infrastructure would help more people to work from home, provide a social boon to isolated areas, and reduce the need for travel. Much of the work involves digging up roads and is “shovel-ready”, as the technology exists but needs to be deployed. Government incentives or levies on bills could pay for it, as the cost to individuals hoping for a better connection is often high.

Growing trees is one of the primary ways of tackling the climate crisis, and provides a way to counter our ongoing destruction of vital landscapes and wildlife habitats. Other forms of nature restoration provide similar benefits, from re-wetting peatlands to rejuvenating depleted soils. Nature-based solutions to the climate crisis have received scant attention in the past, but there is a growing movement around the world to restore landscapes and reap the carbon benefits that brings. These projects can provide jobs in rural areas and an alternative to intensive farming.

Some of the impacts of climate breakdown are now inevitable, and some are already evident, so efforts to reduce greenhouse gas emissions must be accompanied with measures to build our resilience to extreme weather. Changes to infrastructure such as transport, communications, water and energy networks will be needed, to enable them to survive floods, heatwaves and drought. Flood protection schemes, including rivers and seawalls, must also be a priority for countries around the world that are likely to see higher rainfall and fiercer storms.

The absence of traffic from roads during lockdown spurred urban dwellers around the world to reimagine life without polluting cars, as suddenly the skies cleared, birds sang and nature returned to deserted streets. Walking and cycling are much easier when there are fewer cars, or when motor traffic is better managed. Cities have taken advantage of the unexpected hiatus to redesign streets to encourage walking and cycling. Road construction works that prioritise low-carbon transport would provide shovel-ready jobs in many urban centres, as well as long-term health gains and a safer environment.

More renewable electricity, from sometimes intermittent sources, will mean an overhaul to the electricity grid is needed in many countries. Upgrading to smart grid technology can also help with load balancing, reduce demand at key times, and save energy overall, as well as cutting costs for energy companies. Consumers can also be equipped with smart meters to help them manage their demand and cut their own power use.

Solar and wind power have plunged dramatically in price in recent years, making them now competitive or even cheaper than fossil fuel electricity in many countries. This year there has been record growth in renewable electricity generation, despite the Covid-19 crisis.

In developing countries, solar panels or windfarms could transform the lives of the 600 million people who lack access to electricity, and a rapid expansion could remove the need for the coal-power plant construction plans that were revived by some in response to the pandemic. In rich countries, installing solar panels would provide jobs and cut household energy bills. In less sunny regions, wind can be a cheaper option: the UK is looking to power every household with offshore wind, under plans unveiled by prime minister Boris Johnson in October.

Recycling, resource use and litter

If masks are likely to be the enduring symbol of 2020, they are also the newest source of plastic waste, with thousands of tonnes of discarded PPE now adding to the scourge of plastic filling our seas and littering streets. Now is a good time for societies around the world to reconsider how we deal with our waste.

Recycling technology has improved, making more plastics easily recyclable than before, and for other recyclable materials such as metal the main problem in the developed world has been one of collection. Recycling can be profitable, and provides skilled and semi-skilled jobs in a long term and stable industry, making it another target for the green recovery. Picking up litter prevents it from reaching waterways and the sea, where it can harm wildlife.

As well as investing in proven technologies such as renewable power and energy efficiency, countries should now be putting money into newer forms of energy that are “now ready for prime time” and need investment to scale up, says the IEA’s Birol. Hydrogen is foremost among these, holding the promise of a low-carbon fuel that can replace natural gas, and may provide the answer to the problem of shipping.

Government incentives are still needed, however, at this stage of the technology’s development, and countries around the world are considering how to capitalise on the fuel’s potential.

Carbon capture and storage is also likely to be necessary to meet global emissions goals, though there are still questions over how to pay for it. The technology could use similar infrastructure to existing oil extraction, providing a route to a “just transition” from high to low carbon jobs in the fossil fuel industry.