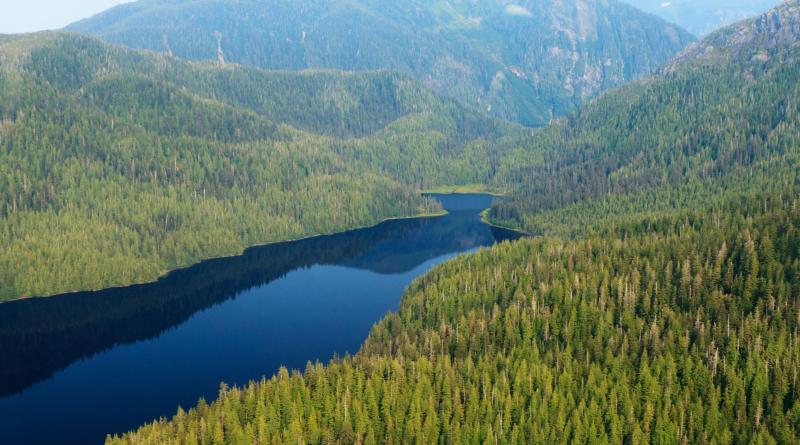 The Tongass spans more than 25,000 square miles (64,750 sq km) in southeast Alaska and is one of the largest intact temperate rain forests in the world.

President Trump has removed protections from Alaska’s Tongass National Forest, one of the world’s largest temperate rainforests, to allow for logging and development.

A notice, posted by the Forest Service on Wednesday, stated that all 16.7 million acres will be opened up in Tongass, dubbed “America’s climate forest” by environmentalists. The Trump administration is removing safeguards that have been in place for almost 20 years.

With only days to go until the presidential election, the Trump administration announced that the Tongass will be exempt from the 2001 Roadless Rule, “which prohibits timber harvest and road construction/reconstruction with limited exceptions within designated inventoried roadless areas”.

The 2001 federal rule restricted logging and road-building in designated wild areas. This means, as of Thursday, it is now legal for logging companies to carve roads through the forest and cut timber across 9.3 million acres.

In a statement to the The Independent, the Department of Agriculture (USDA), which oversees the Forestry Service, said that its decision to exempt Tongass from the 2001 Roadless Rule was made with “significant support from the State of Alaska and the Alaska Congressional Delegation and robust consideration of multiple alternatives and stakeholder views”.

A spokesperson added: “The Department believes that increasing flexibility for timber harvest and road construction and reconstruction on the Tongass can meaningfully addresses local economic and development concerns while balancing conservation needs of the forest.”

The Alaska Roadless Rule decision does not authorize any specific projects, according to USDA, and  any subsequent projects must comply with the 2016 Tongass Land Management Plan and undergo separate environmental review under the National Environmental Policy Act (NEPA).

In July, the Trump administration also announced an overhaul of NEPA, weakening its ability to assess the damage that potential projects might cause to the environment.

The US’s largest environmental organisation, the Sierra Club, has called Tongass “America’s climate forest”, and said the Trump administration is jeopardising the subsistence culture of Indigenous communities, the forest’s role in fighting the climate crisis, and already imperilled wildlife.

“Preserving the Tongass is a matter of survival. A standing healthy forest is absolutely essential to the subsistence survival of Indigenous peoples. It’s also essential for mitigating the climate crisis that threatens us all.  We will continue to fight for the Tongass and those who depend on it. We will challenge the lifting of restrictions against logging in the forest's roadless areas at every turn," Sierra Club Alaska Chapter director Andrea Feniger said on Wednesday.

The Tongass National Forest is a vast carbon sink, absorbing more carbon dioxide emissions from the atmosphere than it releases, playing a critical role in mitigating global warming. Temperate rainforests have the densest accumulation of above-ground carbon in the world, according to physicsworld.

Scientists estimate that the Tongass holds between 10 and 12 per cent of America’s stored carbon in national forests, according to a report by Juneau Empire.

Supporters of the exemption say it will increase access to federal lands for timber harvests and the development of minerals, creating economic growth.

Senator Lisa Murkowski, a Republican representing Alaska, wrote in The Washington Post last year why she supported Trump’s proposal for the Tongass.

“The one-size-fits-all roadless rule is an unnecessary layer of paralyzing regulation that should never have been applied to Alaska," she wrote.

“A full exemption from it has always been my preference, as well as the united preference of our state’s congressional delegation and that of Alaska’s governors, regardless of party. It will allow Alaskans to create needed opportunities for a sustainable year-round economy, while still being good stewards of our lands and waters.”