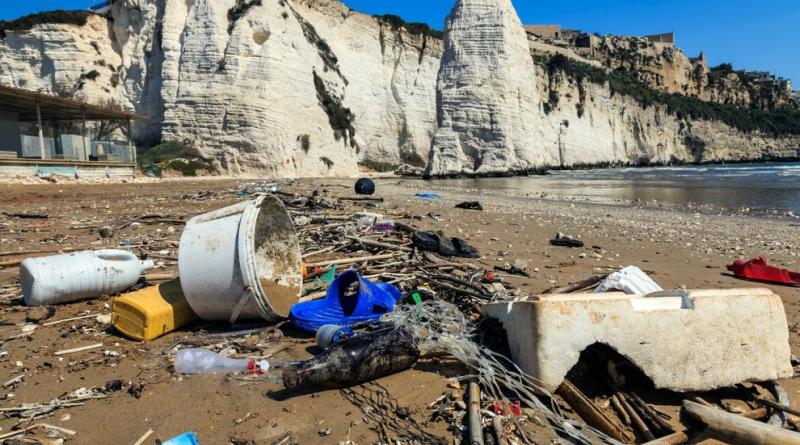 Report estimates there is already 100 million tonnes of plastic in the sea, with rate of pollution set to rise.

Over 200,000 tonnes of plastic are being released into the Mediterranean Sea every year, according to a shocking new report from the International Union for the Conservation of Nature (IUCN).

Microplastics are by far the greatest proportion of the great tide of waste entering the seas from 33 countries, making up 94 per cent of the total plastic leakage, and of that proportion, more than 50 per cent comes from vehicle tyre dust.

The report’s authors estimate in total there could be around 100 million tonnes of plastic littering the Mediterranean.

This is mainly due to high quantities of mismanaged waste and large coastal populations, the report said.

“Plastic pollution can cause long-term damage to terrestrial and marine ecosystems and biodiversity,” said Minna Epps, director of the IUCN global marine and polar programme.

“Marine animals can get entangled or swallow plastic waste, and ultimately end up dying from exhaustion and starvation.

“Additionally, plastic waste releases chemical substances such as softeners or fire retardants into the environment, which can be harmful to both ecosystems and human health, especially in a semi-closed sea such as the Mediterranean.”

She added: “As this report makes clear, current and planned measures are not enough to reduce plastic leakage and prevent these impacts.”

The IUCN said among primary microplastics — plastics that enter the oceans in the form of small particles, as opposed to larger plastic waste that degrades in the water — the plastic flow into the Mediterranean is estimated at 13,000 tonnes per year.

Tyre dust is the largest source of leakage, making up 53 per cent, followed by textiles at 33 per cent, microbeads in cosmetics at 12 per cent, and plastic production pellets accounted for 2 per cent.

But the report warns the amount of waste plastic polluting the Mediterranean will reach 500,000 tonnes per year within the next two decades unless “ambitious interventions” are put in place to reduce the impact on the sea.

“Governments, private sector, research institutions and other industries and consumers need to work collaboratively to redesign processes and supply chains, invest in innovation and adopt sustainable consumption patterns and improved waste management practices to close the plastic tap,” said Antonio Troya, the director of the IUCN’s Centre for Mediterranean Cooperation.

But the report indicates there are some easy-to-implement measures that can make a considerable difference and help reduce the amount of plastic entering the Mediterranean.

These include improving waste management, which the authors said has the greatest potential to reduce plastic leakage over time.

Over 50,000 tonnes of plastic leakage into the Mediterranean could be avoided each year if waste management were to be improved to global best practice standards in the top 100 contributing cities alone.

The report highlights that bans can be effective interventions if widely implemented — for example, it estimates a complete ban on plastic bags would further reduce plastic leakage by around 50,000 tonnes per year.

The report comes as academics at the University of Nottingham in the UK have suggested public concern over plastic waste is overshadowing more pressing environmental issues such as biodiversity loss and climate change.

The authors of the report agree that plastic is a concerning issue, but argue “plastic pollution dominates the public’s concern for the environment and has been exploited politically, after capturing the attention of the world, for example through emotive imagery of wildlife caught in plastic waste and alarmist headlines”.

The researchers suggest the focus around small lifestyle changes could “instil complacency in society towards other environmental problems that are not as tangible as plastic pollution”.

“We are seeing unprecedented engagement with environmental issues, particularly plastic pollution, from the public and we believe this presents a once in a generation opportunity to promote other, potentially greater environmental issues,” said Dr Tom Stanton, co-author in the University of Nottingham’s School of Geography and Food, Water, Waste Research Group.

Save Marine Life From Single-Use Plastics.