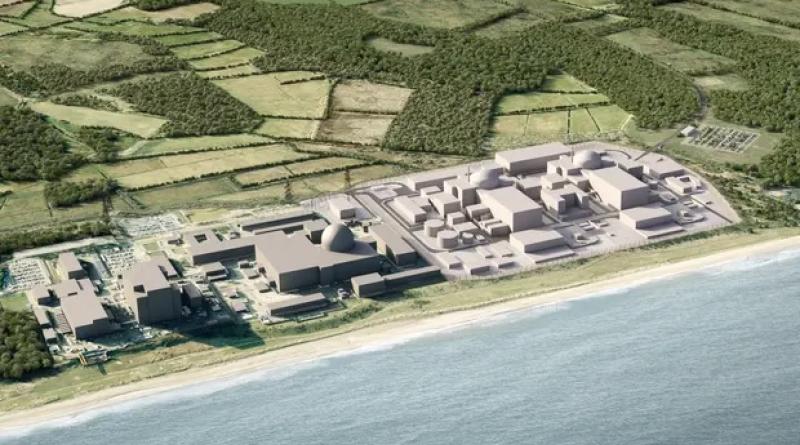 The government’s cash injection is designed to “maximise investor confidence” in the project while French state-owned EDF works towards setting out a funding plan which satisfies investors and UK ministers.

The UK government reignited talks with EDF over the nuclear project in late 2020, focusing on whether the company could prove it had learned lessons from its Hinkley Point nuclear project in Somerset, and that a successor plant would offer the public value for money.

EDF has since embarked on a hunt for investors to help to drive down the cost for bill-payers. It is understood that EDF and the UK government also hope to secure enough new investment to replace Chinese state-controlled CGN, which has a 20% stake in the critical national infrastructure project.

Sizewell, which is still going through planning and development, would power 6 million homes, but has been plagued by opposition from local campaigners, fears over its price tag and China’s involvement.

Kwasi Kwarteng, the business and energy secretary, said the government’s funding would add support to the development of Sizewell C “during this important phase of negotiations as we seek to maximise investor confidence in this nationally significant project”.

“In light of high global gas prices, we need to ensure Britain’s future energy supply is bolstered by reliable, affordable, low carbon power that is generated in this country,” he said. “New nuclear is not only an important part of our plans to ensure greater energy independence, but to create high-quality jobs and drive economic growth.”

The fresh support has emerged months after the government put forward legislation to create a new funding model to help the project attract investment at a lower cost than the Hinkley Point C project which could add between £10 and £15 a year to the average energy bill for 35 years, making it one of the most expensive energy projects undertaken.

Tom Greatrex, the chief executive of the Nuclear Industry Association, described the funding as “another big step forward for Sizewell C and a big vote of confidence” which “sends a clear signal from government to investors that it sees projects like Sizewell C as essential to our clean energy transition”.

Simone Rossi, the chief executive of EDF Energy, said the company is pleased that the government is “showing its confidence in Sizewell C” which would “allow us to continue to move the project towards a financial investment decision”.

Rossi claimed that Sizewell C, if approved, would lower energy costs for consumers and help to insulate the UK from global gas prices while providing a “huge economic boost to east Suffolk” and “bring new opportunities for thousands of nuclear supply chain companies up and down the country”.

Alison Downes, from Suffolk campaign group Stop Sizewell C, said: “We fail to understand why the UK is bailing out crisis-hit EDF, and why the government is so committed to poor value large scale nuclear when there are other, better options.”

EDF’s share price has slumped by almost half in the last three years to about €8.28 a share as technical trouble within its global nuclear fleet has caused its costs to spiral. It warned investors earlier this month that its French nuclear reactors would produce 10% less electricity than expected this year. Separately, the French government expects the company to take an €8.4bn (£7bn) financial hit to protect households from rocketing energy costs by limiting bill hikes to 4% this year.

cover photo: Illustration of the planned Sizewell C nuclear power plant in Suffolk (lighter buildings, right) which will be built next to Sizewell B. Photograph: EDF

Why is support for nuclear power noisiest just as its failures become most clear?