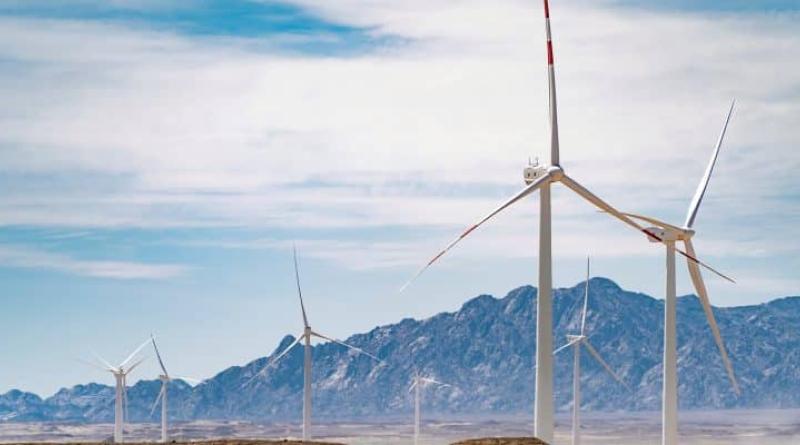 The Ras Ghareb wind farm has just been honoured by Engineering News-Record (ENR) magazine. Located in the Gulf of Suez in Egypt, the facility was built under a public-private partnership (PPP) involving several multinational companies.

News on the Ras Ghareb wind farm in Egypt. The facility in the Gulf of Suez has been named the best global project of 2022 in the Energy/Industry category by the US magazine Engineering News-Record (ENR). The project was submitted to the competition by the Egyptian company Orascom Construction, one of the shareholders of this 262.5 MW wind farm. The plant is also owned by French independent power producer (IPP) Engie, which has joined forces with Japanese investors Toyota Tsusho Corporation and Eurus Energy Holdings Corporation.

The award-winning wind farm in New York, USA, was built (EPC) by Siemens Gamesa, the subsidiary of German giant Siemens Energy. “This project has been a huge success on many levels and highlights Orascom Construction’s ability to combine rapid construction with the highest levels of health and safety, quality assurance, quality control, financial expertise and collaboration with world-class partners and international financial institutions,” Orascom Construction reacted on its social networks.

The Cairo-based company was responsible for the civil and electrical engineering part of the project. The electricity produced by the Ras Ghareb wind farm is sold to the state-owned Egyptian Electricity Transmission Company (EETC) under a 20-year power purchase agreement (PPA).

The project required an investment of USD 380 million. The consortium financed the project with loans from development partners. According to Engie, the consortium arranged non-recourse project financing with the Japanese Bank for International Cooperation (JBIC), in coordination with Sumitomo Mitsui Banking Corporation and the French bank Société Générale, under the cover of Japanese export and investment insurance (Nexi). For its part, Commercial International Bank (CIB) Egypt provided facilities for working capital needs and Attijariwafa Bank provided an equity bridge loan to Orascom Construction.

EGYPT: Exporting electricity to Europe in the midst of an energy crisis