Air pollution linked to almost a million stillbirths a year 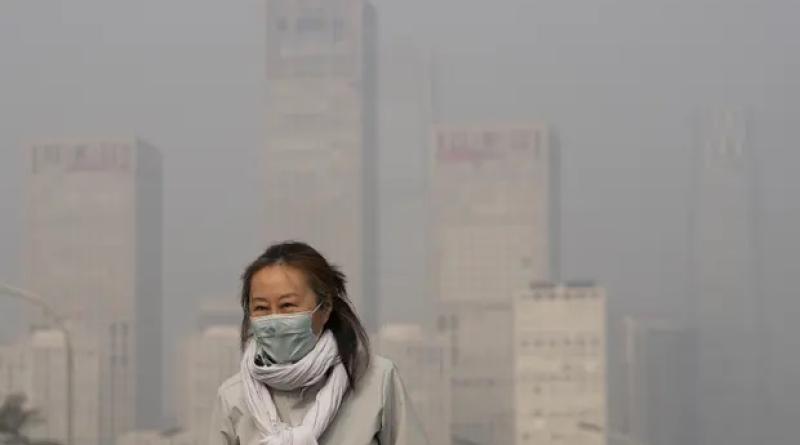 Almost a million stillbirths a year can be attributed to air pollution, according to the first global study.

The research estimated that almost half of stillbirths could be linked to exposure to pollution particles smaller than 2.5 microns (PM2.5), mostly produced from the burning of fossil fuels.

The study covered 137 countries in Asia, Africa and Latin America, where 98% of stillbirths occur. Dirty air was already known to increase the risk of stillbirth but the research is the first to assess the number of foetal deaths. The work was based on data from more than 45,000 stillbirths and live births.

Stillbirths were described as a “neglected tragedy” in a 2020 report published by Unicef. The heavy impact of stillbirths on mothers and their families would mean that action to prevent them would boost women’s health and equality, the scientists behind the new work said.

The epidemiological study did not examine how small particle pollution could cause stillbirths. But it followed the revelation in October that toxic air pollution particles were found in the lungs and brains of foetuses. Air pollution particles were first detected in placentas in 2018 and by then dirty air was known to strongly correlate with increased miscarriages, premature births, low birth weights and disturbed brain development.

“Meeting the World Health Organization (WHO) air quality targets could prevent a considerable number of stillbirths,” said the scientists, led by Dr Tao Xue at Peking University in China. “Current efforts to prevent stillbirth focus on medical service improvements but compared to clinical risk factors, environmental ones are usually unseen.”

The scientists added: “Clean air policies, which have been enacted in some countries, such as China, can prevent stillbirths. In addition, personal protections against air pollution, ie wearing masks, installing air purifiers, avoiding going outside when air pollution occurs could also protect vulnerable pregnant women.”

The research, published in Nature Communications, used data on stillbirths and air pollution between 1998 and 2016 from 54 low- and middle-income countries (LMIC), including Pakistan, India and Nigeria. This was used to estimate the number of stillbirths attributable to PM2.5 exposure across the 137 LMIC countries, taking into account the fact that the impact of dirty air was greater on older mothers.

Virtually all the mothers in the study were exposed to PM2.5 levels above the WHO’s current guideline level of 5 micrograms per cubic metre (μg/m3). There were 2.09 million stillbirths recorded in the studied countries in 2015, and 950,000 of them (45%) were attributable to exposure above the 5 μg/m3 level, the study estimated.

The WHO guideline for PM2.5 was 10 μg/m3 until 2021 and 99% of mothers in the study were exposed to higher levels of dirty air. This was linked to 830,000 stillbirths, or 40% of the total, the study found. The proportion of stillbirths attributed to PM2.5 pollution was particularly high in Pakistan, India, Nigeria and China. Overall, the researchers found that an increase in PM2.5 exposure of about 10 µg/m3 was associated with an 11% increase in the risk of stillbirth.

The total number of stillbirths fell from 2.31 million in 2010 to 1.93 million in 2019. The researchers said cuts in air pollution in some countries, such as China, could be a significant reason for this fall. They estimated that reducing air pollution to the 10 ug/m3 level could today prevent 710,000 stillbirths a year. “Due to universal exposure to air pollution, it is one of the most important contributors to global stillbirth,” Xue said.

How air pollution may cause stillbirths is not yet clear. But the researchers said pollution particles passing through the placenta could cause “irreversible embryonic damage” and could also harm the placenta itself. Air pollution could also restrict the ability of the mother’s body to pass oxygen to the foetus.

The scientists said while the global number of stillbirths was falling, there was no decrease in about half the LMIC countries assessed. They noted that the rate of decline of stillbirths was slower than the decline in mortality for children under five years old. “This suggests that efforts to promote maternal health are unequal for different adverse outcomes, and that interventions relevant to stillbirths are inadequate,” they said.

Prof Gregory Wellenius, the director of the Center for Climate and Health at Boston University in the US, who was not involved in the research, said: “This study is novel and demonstrates that at current levels air pollution contributes to a substantial number of stillbirths around the world.

“Health impact assessments such as this are always based on a number of important assumptions. Although the fraction of stillbirths that might be prevented through meaningful reductions in PM2.5 is uncertain, the study adds to the abundance of scientific evidence showing that reducing air pollution levels would improve the health of people around the world, particularly among the most vulnerable individuals.”

cover photo: Office buildings in Beijing shrouded by pollution haze. Experts say clean air policies, such as those enacted by China, can reduce the number of stillbirths. Photograph: Andy Wong/AP