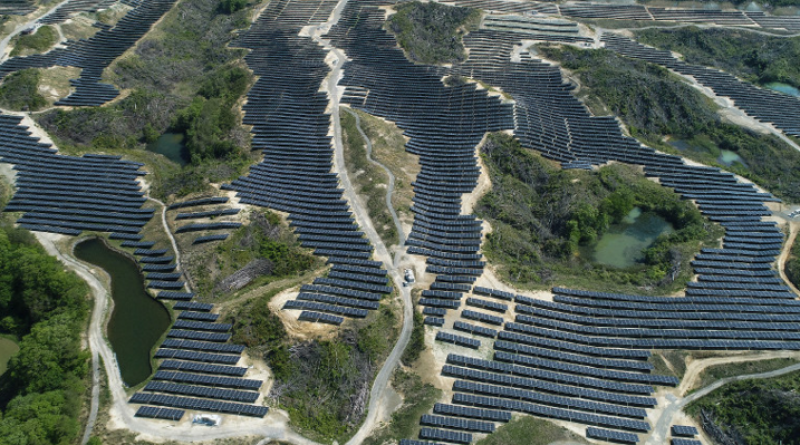 TOKYO -- A potential fiscal 2020 legal amendment for the abolition of some feed-in tariff (FIT) policies that encourage the development and uptake of renewable energy sources like solar and wind power is under investigation by the Ministry of Economy, Trade and Industry, citing an increase in costs burdened by the general public caused by the current system.

FIT policies were first introduced by the government in fiscal 2012 to increase the adoption of renewable energy. Under the scheme, energy companies can purchase power produced from wind, solar, geothermal, biomass and other methods at a fixed price. This allows renewable companies to continue to exist and develop in the market, thereby shielding them from going under against established non-renewables producers. Costs for the scheme are added as a levy onto electricity charges.

Renewable energy sources, especially in the solar industry, have proliferated hugely under the tariffs, but by fiscal 2019, additional levies from the scheme are calculated to have ballooned to some 2.4 trillion yen. With an estimated cost to the average household of around 767 yen a month in fiscal 2019, calls to rethink the system have become increasingly prevalent.

The current investigation into abandoning the system is focused on revoking FIT from renewable power provided by major electricity generating facilities for business usage. Under the potential changes, renewable energy companies would have to find their own clients and perform direct transactions or sell on the wholesale electricity market, creating changes in prices. The investigation also appears to be exploring the possibility of the government providing certain compensation in the event that the market price plunges. The investigation is leaning toward amendment of the system but solar energy FIT policies for domestic use are likely to remain in place.

In response to the move, an industry group is seeking for policies to continue with a system that can maintain renewable energy's expansion while reducing cost burdens, citing a potential negative impact on society's adoption of the power sources from the changes under investigation.

The winds of change blow for Japan’s energy mix